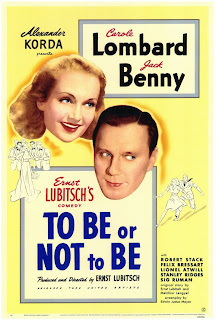 I recently read about World War 2 in a biography of Franklin Delano Roosevelt. It's a war that has taken on near-mythological status in American history, and the movies have been major contributors to that. I've rarely given much thought, however, to the movies made during wartime. They're certainly not like the movies made during the undeclared war on Iraq, a conflict that has deeply divided the country along sharp ideological lines. Many of the biggest war-related movies to come out of Hollywood were not terribly successful at the box office, and perhaps the most memorable ones were an election-year documentary that was an indictment of the president responsible for this war, and a low-budget independent film about the soldiers in the war directed by a woman who would go on to make history.

The World War 2 films made during wartime were different because it was a different war. There were obvious bad guys, a catastrophe directly attributable to those bad guys, and a popular president willing to act on behalf of his people (although history shows that things weren't quite as simple as that, but that's another post). Films like Best Picture winner Mrs. Miniver were made as an effort to get America involved in the fighting, and of course so many more were made that depicted Americans in battle.

While watching To Be or Not To Be last night - continuing my Ernst Lubitsch kick - I thought about what it must have been like to watch it during the war. It's set in Poland, which of course was the first country to fall to Germany, though one needs to make a leap of faith to believe that these actors are portraying Germans and Poles. (I liked how in one scene, Carole Lombard, speaking without any type of accent, types a note in German.) 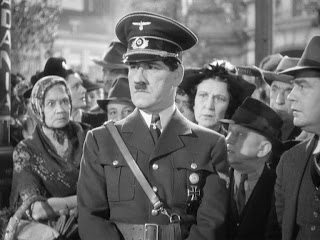 It couldn't have been easy for audiences at the time to watch a comedy that depicted such a recent real-life tragedy as the fall of Poland - or, for that matter, to see Nazis portrayed in a funny light. These days, the very word "Nazi" as an insult is almost taken for granted (unless you're Lars von Trier) and that Hitler video meme is one more example of how the man himself has become a sort of cartoon super-villain. But once upon a time Hitler and the Nazis were no joke - and here's a movie, made during the time when they almost conquered the world, that pokes fun at them. (Of course, Charlie Chaplin did it two years earlier with The Great Dictator, but that too, is another post.) I just think it's remarkable in itself.
Posted by Rich at 11:54 AM