AFFRM's DuVernay: POCs are part of indie film too 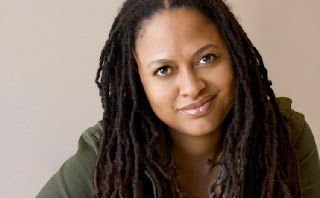 ...what color is indie [film]? I mean, what does it take to be of color and truly considered authentic American indie? To have done something seen as meaningful to the circle of the American independent film establishment, both artistically and as a business model. Like, if I don’t participate in what a good pal calls “white people festivals”… am I indie enough? Do you take my film as seriously because I chose to world premiere at Urbanworld in NY instead of submitting to Tribeca? If I don’t run my film through the labs or diversity initiatives of a recognized institution… do I not have that cool indie cred you need to see my movie with its beautiful black cast? I wonder.

Admittedly, I've never been to a film festival of any kind, nor am I that savvy about the state of independent cinema, but I had to share this piece from Ava DuVernay of AFFRM because of its obvious importance. I Will Follow's success is surely one of the most important film stories of the year, and it needs to be emphasized that it was accomplished completely outside the mainstream Hollywood system, relying instead on a network of black film festivals and good-old-fashioned word of mouth. If the established (read: white) gatekeepers of indie film in America aren't interested in taking advantage of this new distribution model, well, what does that say about their priorities? A lot can be learned from DuVernay and AFFRM, and it's about time more people in the industry took notice.