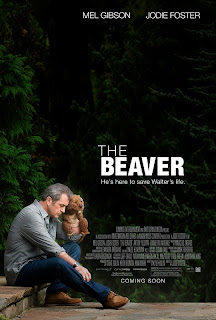 At the risk of repeating myself from last week, I have a friend who has been diagnosed with clinical depression. She has had a difficult life, to say the least. She has made a few reckless choices in her life, some involving men, and she's almost always angry about something. She has been on medication, and while I've been fortunate not to have seen her at her worst, she's definitely had her moments of pain and confusion.

What I admire greatly about her, however, is that she has survived the chaos of her life and hasn't let the bastards get her down. She often channels her anger towards creative activities that keep her focused and active - and it should be said that much of her anger is directed towards the problems of the world; she's not the self-absorbed type. She definitely knows how to have a good time. And to top it all off, she recently got married, something I honestly never expected from her, but she seems totally happy with this guy.

I never knew depression was a condition one could be diagnosed with until I met her. I can't imagine what that feels like. While we've all had moments of gloom, how many of us can say that those moments have kept us down for long periods of time? I would speculate that, like alcoholism, coping with depression is probably a one-day-at-a-time proposition; moving forward and back until one finds a semblance of an equilibrium.

My friend probably will not see The Beaver. I suspect she believes, like many people, that Mel Gibson is an irredeemable racist and sexist, and she could be right. There's no doubt that the shadow of his real-life antics over the past several years follows him around in this movie, and while he may say that they're no reflection on who he really is, the truth, for me at least, is that it's difficult to buy that. 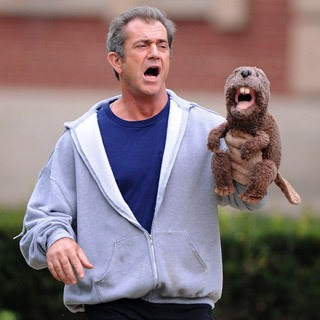 That's why he is so fortunate to have someone like Jodie Foster as a director and a friend. As a director and co-star, she helped Gibson bring out the tragedy of his character, a toy company executive suffering from severe depression, who attempts to use a beaver hand puppet to make himself over into a better person. There's a great scene about halfway into the film where the two of them are at dinner and Foster (playing his wife) tries to engage him in conversation without the puppet. She shows him photos from earlier in their marriage, including pictures of his two sons, and instead of bringing him closer to her it drives him further away. We see him beginning to fall to pieces, struggling with whatever demons are eating away at him, until he whips out the puppet and says (through the puppet, of course) something like, "That man is gone. He's not coming back. This is who I am now."

I think Foster found the right balance between comedy and tragedy. There are moments where you laugh even though the moment shouldn't be funny. The situation seems absurd on the face of it, and I think those moments need to be there for the audience to have a release of some sort, because the script goes into some dark territory. The trailer did make it seem like the story would go a certain way, but it doesn't.

The producers initially had hoped this could be an Oscar contender last year. Could Gibson get nominated this year? He'll need some serious help; the early numbers for the movie, both financially and critically, are not encouraging, even for a limited release. I suspect he won't make it, but I hope I'm wrong. The talent is clearly still there, and he makes the most of it in this movie. 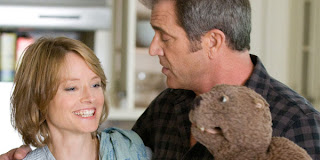 A few words about City Cinemas: it's a small East side theater in Manhattan that has been around for a long time, and even in the face of modern multiplexes in Times Square and the West side, it still remains. The auditorium I saw The Beaver in was on the second floor, where you can look out over Third Avenue in the lobby. The last movie I saw here was No Country For Old Men, on a rainy opening night with the line stretched around the corner. Sadly, there were no such crowds on this Saturday afternoon. It looked like maybe 10-20 people were in the house.

I spent much of the day on the East side. The past couple of weeks have been rough on me because allergy season is in full force and I've been having trouble sleeping, in addition to the usual hay fever symptoms. It finally feels like spring around here after a cold and wet April, but as usual, I can't enjoy it as much as everyone else because I'm sniffling and sneezing all over the place. Just gotta muddle through, I guess.
Posted by Rich at 12:47 PM