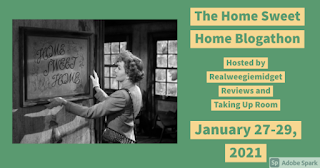 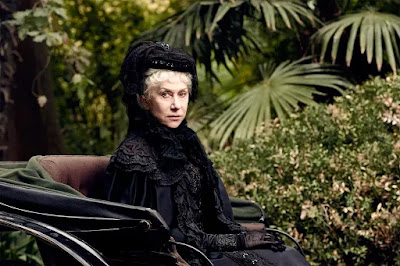 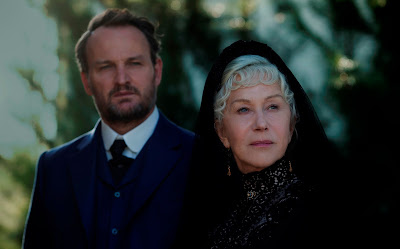 The film relies too much on jump-scares and only scratches the surface of the wider issues of profiting from weapons manufacture. It also has elements of other horror flicks: The Amityville Horror, Poltergeist, The Omen, etc.
I remember wanting to see this when it initially came out. The mediocre reviews kept me away, but it’s not terrible. Clarke, the guy from Zero Dark Thirty, holds his own opposite Mirren nicely, and Sarah Snook is good as Mirren’s niece.
If nothing else, Winchester got me interested in the real-life elements behind the story, which are fascinating in and of themselves.
————————
Related:
the tale of Malabar Farm
Other movies about houses:
House on Haunted Hill
The Old Dark House
The House That Would Not Die
Posted by Rich at 7:00 AM 16 comments:

Books: Days of Thrills and Adventure

A couple of years ago, I wrote about the old movie serial The Adventures of Captain Marvel. It was the first serial I had ever watched, and despite its questionable plot structure and two-dimensional characters, it had action to spare and was entertaining, in its way.
Serialized fiction has made a comeback in the 21st century, not just in movies, but in television and books. A single story, told in multiple installments—as opposed to multiple stories featuring the same characters, like Andy Hardy or Lassie—has become more enthralling than episodic stories to modern audiences.
Why? Here’s one theory, which boils the explanation down to the natural evolution of the medium. The storytelling style of the Marvel or Star Wars movies has its roots in the serials of the Golden Age, from the silents through the post-war era.
In 1970, Alan G. Barbour wrote a coffee-table book about those serials called Days of Thrills and Adventure. This was another gift from my librarian pal Bibi, sent last Christmas. It’s an overview of the classic movie serials, great and small, packed with photos, written more as an appreciation than as a critical analysis.
Serials followed a basic formula—good guy/bad guy dynamic, cliffhangers at the end of every chapter, constant action—which audiences of the day adored, especially children. Cowboys, detectives, federal agents, pulp heroes, spacemen, jungle men and others engaged in outrageous adventures, nabbing villainous masterminds and their lackeys.
Barbour charts them all, describing not only the stories and the actors (and actresses) who starred in them, but also the filmmakers and the studios who brought them to life. He devotes a chapter to the talented stunt men and gives shout-outs to key crew members in fields such as special effects and model making. Don’t expect deep criticism here; this is written from the fan perspective, and that’s okay.
Days has tons of photographs. To someone unfamiliar with serials, they provide a sense of the variety of action to be found, as well as the often exaggerated, larger-than-life scenarios, often done on the cheap, as quickly as possible.
Serials almost never reached the heights of the average John Ford or Howard Hawks film in terms of art, but their aspirations were different. With them, entertainment came over and above everything else, and audiences of the 30s and 40s were more than satisfied.
Posted by Rich at 7:00 AM 2 comments: 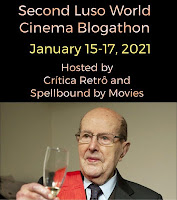 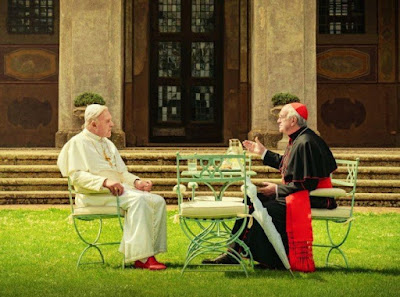 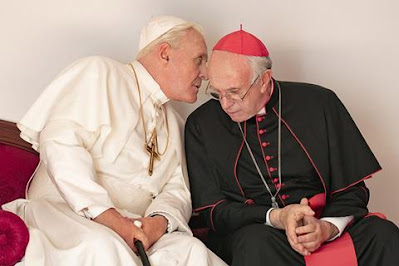 The Vaccine is out in the world now, and it’ll take some time before its impact on the future of the film industry can be measured. One likes to believe 2021 couldn’t possibly be any worse than 2020, but getting past that nightmare of a year with not only a new president on deck but a legitimate defense against the Virus does give one reason to be hopeful. Zod knows we could all use that. 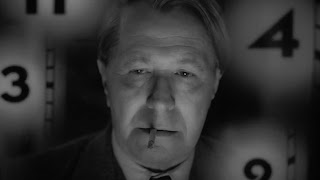 —Mank. The making of Citizen Kane through the eyes of co-writer Herman Mankiewicz. I was kinda drowsy when I watched this, plus it was really talky (what a surprise, a movie about a writer was packed with dialogue). It was cool to see historical figures like Orson Welles, Louis B. Mayer, Irving Thalberg and William Randolph Hearst depicted, but ultimately this didn’t thrill me as much as I had hoped it would. David Fincher directs from a screenplay by his late father Jack. Gary Oldman acts drunk most of the time as Mankiewicz and Amanda Seyfried as Marion Davies was good, but overall I thought it was kinda meh. 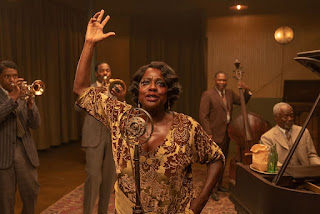 —Ma Rainey’s Black Bottom. Early 20th-century blues pioneer Ma Rainey comes to Chicago with her band to record her songs, but her ambitious trumpet player has ideas of his own about how her music should be played. Co-produced by Denzel Washington, based on the play by August Wilson, Viola Davis is damn near unrecognizable in the title role but is also a force of nature, taking the contempt she holds for the white men controlling her career, the suspicion she has over Chadwick Boseman (in his final role) subverting her position as bandleader, and her general world-weariness and putting it into the blues. Boseman stands a strong chance at winning a posthumous Oscar with his performance; how very sad it is that he’s no longer with us.
——————— 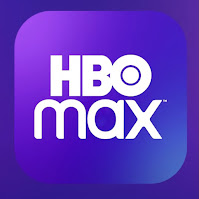 By now you’ve heard about Warner Brothers’ deal to release all its 2021 films on HBO Max at the same time as they’re released theatrically. It’s a plan that has rubbed some people the wrong way, among them Christopher Nolan.
It’s awful hard to look at this and not think the genie is out of the bottle. It’s not likely to return, either. The theatrical distribution model was struggling before the Virus and if it’s a matter of financial survival on the studios’ part, even with a Vaccine now available, I’m unconvinced they’ll go to bat for the theaters without a strong motivation. Maybe one will come.
That said, the recent stimulus deal signed last month offers some hope, and this piece offers more reasons to be cheerful for the long-term future of theaters (though watching movies at home has its merits too).
More on the other side.
Read more »
Posted by Rich at 7:00 AM 4 comments: