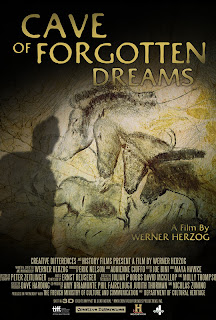 The first thing we studied in my high school art history class was cave paintings. I don't remember which ones specifically; I suppose it may have been the ones at Lascaux. It didn't leave that big an impression on me, though. Part of the reason why may have been the format of the class itself: while I had a good teacher, she had to cram a whole lot of information into a relatively short amount of time, so information was dispensed rather quickly. Mostly, though, I think it was because we were looking at slides and not the real thing. That wouldn't have been possible, of course, but still, at the time I think I regarded cave paintings as little different from other paintings - they were just a lot older and on a different canvas.

In that sense, I understand why Werner Herzog chose to film Cave of Forgotten Dreams in 3D. To be able to see these images on the surfaces of the ancient rock, the way primitive man saw them as they were being made, in a format approximating three-dimensionality, makes you more aware of the reality of this work. Whenever I see a painting, especially one with thick amounts of paint, my instinct is to want to touch it. Recently, I was at an outdoor art fair in New Jersey and one of the artists had paintings that he encouraged people to touch. It was a wonderful feeling.

One doesn't need to feel a work of art to appreciate it any better, but by doing so, one gets a greater sense of it as a physical object, one made by human hands. This movie comes as close as we'll ever get to evoking that feeling for these cave paintings, because by shooting it in 3D, these images come alive in a way that they wouldn't if it were flat. 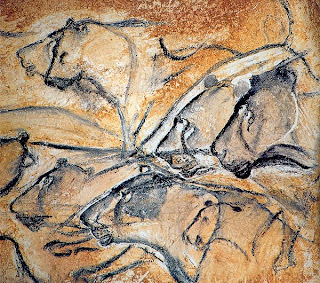 This is the first 3D movie I've seen since Avatar. Comparisons may have been inevitable, but ultimately they're fruitless. Avatar was so busy creating this new world that was full of unusual sights and objects; there was always something neat to look at. Cave doesn't have anything unusual outside of the cave paintings themselves, so half of the time you're looking at things like talking-head interviews and offices and beautiful-yet-real-world-based landscapes in 3D as well, and there's nothing particularly breathtaking about that, at least not in comparison with Avatar.

Give Herzog credit for trying something new. It's encouraging that elder statesmen like him continue to find new filmmaking challenges, and he made the most of this, especially given the fact that he and his film crew were being granted exclusive access to Chauvet Cave for a limited period of time. I doubt there was anything in his long career to prepare himself for this. It's becoming cheaper to make 3D movies now, so one can only hope that the bar will continue to be high for 3D movies when they're of this quality.

I saw Cave in Queens, but I had planned on seeing it in Manhattan with Vija. I had told her about it on Facebook, and she seemed excited about it, especially since she hadn't heard about it, so we planned on last Sunday, the 15th, at the IFC Center in the Village. She invited Franz to come along as well. Sunday came and they arrived first at the IFC and got their tickets. I came later, at 2:30, for a 2:55 show, thinking there was still plenty of time, but the 2:55 was sold out!

This was a surprise to all of us. When I got there, they were on a long ticket holders line that Vija said formed pretty quickly. I saw the line, but didn't see them at first; I got the bad news at the box office and came back and found them, so they ended up seeing the movie without me. I had to spend two hours waiting for them in Washington Square Park. As I left, I distinctly heard a couple saying how surprised they were that the show was sold out, since the movie has been out for awhile. I took some comfort in that. 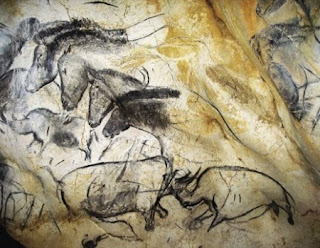 Anyway, afterwards, I caught up with them and we all went to have Chinese for dinner. (Vija treated me.) They told me how much they loved the movie, and I ended up learning bits of information about what to expect - which was fine with me, since I had already read some interviews with Herzog about it, so I wasn't too lost in the discussion.

I still can't help but feel a little embarrassed about the whole thing; normally I'm a stickler for getting to a movie far enough ahead of time that something like this would never happen. In this case, I underestimated the demand for Cave, especially at an art house theater like the IFC on a weekend. At the Kew Gardens it was obviously much different. I walked in five minutes before showtime and got my ticket, no problem.
Posted by Rich at 9:25 AM