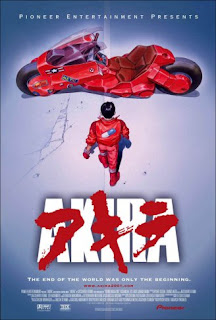 The year was 1989. I had just started my senior year in high school. In the summer, as sort of a preparatory step towards college, I had taken a summer art course at Cooper Union, a prominent art school here in New York, and in the fall, the solicitations from art schools and other universities around the country came in. I was starting to get geared up for the long process of deciding which college to go to.

I had never been much for extra-curricular activities, and I didn't think I'd have time for one in my senior year of all times, but there was one in particular which I found I couldn't resist. You could say it was a sci-fi geek club for art majors. Thanks to Batman, it was an especially great time to be a geek, and this club kinda took advantage of the fact. We'd get together and talk about genre movies and TV shows while drawing giant robots and sword-wielding barbarians and cartoon characters. It was mostly made up of Asian kids. It was fun. I made some good friends there.

One day, John, the head of the club, brought in a video tape of an animated movie from Japan called Akira. I had never heard of it. I was marginally aware of Japanese cartoons; I was addicted to Battle of the Planets as a kid, and had watched one or two other similar shows from over there, but that was it. John insisted we had never seen anything like this movie before. I was game, and so was everyone else. He popped the tape in the VCR and we all plopped down in front of the television.

Two hours later, we all felt like our brains had exploded out the backs of our heads. John was absolutely right. I may not have completely understood every aspect of the intricate story, but it had mass destruction, telekinetic powers, fast motorcycles and violent, bloody deaths - what more did a 17-year-old kid need? We hollered and high-fived at the gory and violent parts, laughed at the funny parts, and stared slack-jawed at the deeper parts, and when it was over, we wanted more. 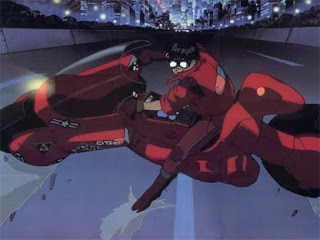 For the next few years or so, anime - Japanese animation - was a interest of mine. I was never the type to go searching through Chinatown for a bargain on a fuzzy bootleg from a backroom dealer, but I was always around friends who had tapes. I watched more anime in high school with my club friends. In college I knew this girl Becky who got me hooked on this kung fu anime we'd watch whenever I was at her place (and for the life of me I can't recall what the name of it was). Eventually I grew out of it. I'll watch an anime today if it's good, but I no longer go out of my way to find them like I once did. And to be honest, no anime I've seen since has given me the same rush, the same feeling of pure holy-shit-is-this-movie-awesome as Akira did the first time I saw it. 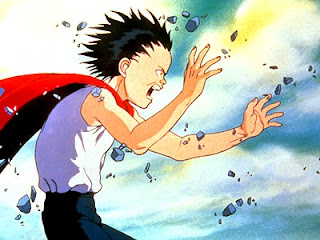 And so far it looks like they can't be bothered to come up with any Asian actors in the cast, either, which has gotten fans riled up. Well, let it be known that as much as I'd love to see a live-action Akira, I won't see it either if they go this route. In this blog, I try not to dwell too much on the whiteness of many current Hollywood films - I'd much rather focus on the positive rather than the negative (for example, look at this nice story about the debut film from a Latina director) - but you have to wonder how long it'll take for Hollywood to grow some balls on this front. I mean, one of the year's biggest moneymakers so far has an ethnically diverse cast (no accounting for quality, but still). Something's gotta give, and I'm hoping it'll be sooner rather than later.
Posted by Rich at 4:44 PM