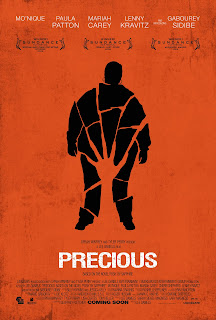 I have a close friend who had an abusive mother. I'm fairly certain it wasn't physical abuse, though; it was much more the verbal kind. My basic understanding is that her mom was the severely disapproving type. It wrecked her self-esteem for a long time, and though she's doing alright today, every now and then the scars peek through. Still, she's happily married to a man who not only shares her interests, but is remarkably supportive despite the issues she still grapples with, some a result of her childhood, some not. They don't have kids of their own. She says she could never imagine herself as a parent, in large part because of what her mom put her through, and they're both perfectly fine with this choice.

I have no desire to be a parent either. Taking responsibility for a life, from the moment of its conception onward, seems more like a burden than a blessing to me because of all the things that can go wrong. The temptation to mold this life into one's own image, even with the best of intentions, would be great - and if it doesn't happen, the urge to blame the child would be equally great. Plus - and this is another reason my aforementioned friend chooses not to have kids - there are far too many children being made to begin with, by too many people who should not be parents under any circumstances.

I used to work in an office with a large number of young single mothers. These women would've had to have had their children in their early 20s or even their teens, and while it's admirable that they were working to support their kids, I always wondered whether they received the guidance necessary to prevent them from having kids at so young an age. I did my best not to judge, however; I don't know the temptations and pressures they may have faced. 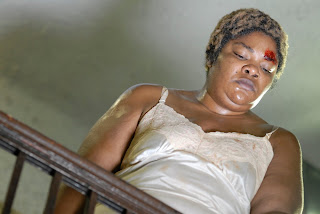 Which brings me to Precious. Like you and the rest of the world, I was shocked to discover that Mo'nique could actually act. Give director Lee Daniels credit for taking chances on people not known for their dramatic chops and making them watchable at minimum (Mariah Carey, Lenny Kravitz) and genuinely good at best - that, of course, includes Gabby Sidibe as well as Mo'nique.

Much has been written of Mo'nique's performance as Mary, perhaps the most frightening cinematic mother since Faye Dunaway in Mommie Dearest. Her desperate attempt to justify her actions towards the movie's end, while undeniably moving on a certain level, struck me at the time I saw it as being as over the top as the rest of the movie. It almost seemed as if the film's misery was as much a selling point as this story of a young woman's coming of age - and while I know the book was the same way (I didn't read it, but I know from interviews by Daniels and others), I felt at the time that too much was being made of the abuse angle and not enough of Precious' struggle to escape that abuse. Ultimately, I thought the whole thing tawdry, tedious, and beyond melodramatic... 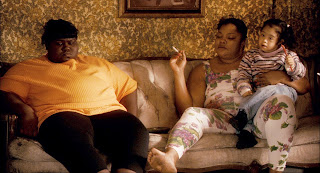 ...but it clearly struck a chord in a lot of people, whether they could relate to Precious or not. Still, though, the emotional buttons that the movie pushes are easy ones. Who wouldn't feel sympathy for Precious? Who wouldn't root for her to get away from Mary and take control of her own life? Mary's confession raises difficult questions, yes, but they come too late in the story and as a result, it seems like an attempt to let her off the hook instead of introducing a deeper layer of character.

As for Mo'nique, I'd like to see her take on other challenging roles like this, but Hollywood hasn't actually beaten a path to her door, from what I can see - big surprise. Perhaps she's content to stick with her TV show and raising her own kids, but man, it would be a shame if she never got another chance to build on this performance.

Previously on Monster Mommies Week:
The Brood
The Baby
Dead Alive
Posted by Rich at 9:10 AM