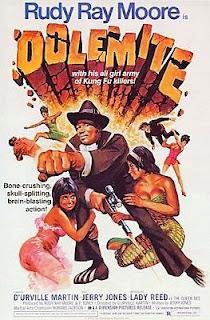 Blaxploitation! Not long ago, I used to think that this sub-genre was a bad thing, but that's only because I didn't fully understand it. I suppose I was misled by the very name, as if black actors were somehow being coerced into making sub-par movies. I dunno for sure, but now, of course, I know better, and it seems to me that the term "blaxploitation" ought to be replaced with something else. There's something about the root word "exploit" that, within this context, seems to have a bit of a negative connotation. When I think of black people being exploited, I think of the slave trade. I think of powerlessness, when in fact the sub-genre was empowering to an unprecedented extreme.

I suspect a major reason why blaxploitation has become as well-appreciated as it has become by a wider (read: non-black) audience is because there's nothing quite like it anymore in mainstream film. Hollywood no longer feels inclined to make movies like this (or much of anything that reflects the black experience), and so these films have become an anomaly from an earlier time. And taken on their own merits, a number of them are a lot of fun to watch. Stickin' it to the Man, makin' it with groovy chicks, lots of fights - they're not too different from traditional action movies in that respect, but when filtered through a black perspective they take on a different look and feel.

They can't all be Shaft, however. I was not 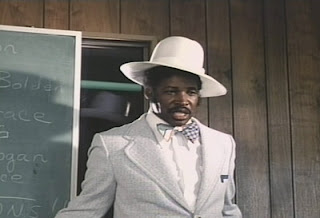 prepared for the level of awfulness that is Dolemite. I had never seen it before, but I figured it was at least as entertaining as most blaxploitation movies - and in its own way, it is. But not the way it aspires to be. I hesitate to call it Mystery Science Theater 3000-level bad because it's the wrong genre, and I'd almost be willing to give the horrible acting and even the laughable fight scenes a pass on account of the unintentional-humor factor, if it weren't for the complete and inexcusable sloppiness of the filmmaking. Are you telling me that no one noticed the guy lying on the ground holding the boom mike was still in the frame? No one noticed him in the dailies? In post-production? No one thought the audience would notice?

Actually, that boom mike makes several appearances over the course of the movie, to the point where it should've been credited as a cast member. If I were to attempt to offer an in-continuity reason for it, I suppose I could say that Dolemite, being the BAMF that he is, feels the need to record his everyday activities for posterity, because, y'know, everything he says and does is important. But alas, this was long before the advent of reality television, therefore incompetence on the director's part is the only other logical explanation.

Dolemite and films like it are wish-fulfillment fantasies to a certain degree, so the idea of a fat, ugly man having women crawl all over him and fulfill his every whim are part and parcel of that fantasy. I get that. Rudy Ray Moore tries his best, but he "acts" like he knows the whole thing's a put-on. The only time he seems genuine is when he recites his spoken-word "poetry" (you can't really call it rap).

And by the way, why did no one poin 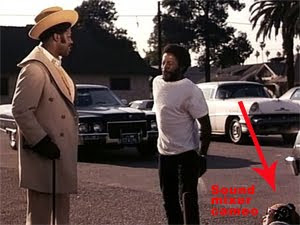 Like I said, the unintentional (or perhaps it was intentional? Who knows?) humor of Dolemite almost makes it worth watching, if you're into that sort of thing. One could make a drinking game out of it: take a shot every time you see the boom mike, or a poorly edited jump cut, or a silly-looking O-face, or a judo chop that wouldn't hurt Peewee Herman, much less any of the bad guys in this film. Watching it this way can only improve it.

[The second screen capture comes from the site Movieline.]
Posted by Rich at 10:11 AM