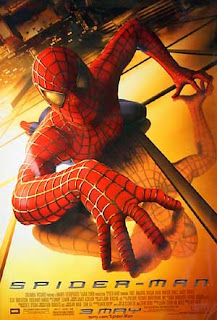 When I was a kid, I'd get my comics from a magazine store. I still remember it, too, though I'm pretty sure it's no longer there. It was several blocks south of my junior high school, a small shop which sold cigarettes, candy, soda, and all along one side, magazines and comics. Often times I went there after school, but mostly I went whenever I felt like it. I'd go in, peruse the selection carefully, and happily pay for the ones I wanted most. I didn't time my visits to the new-release day; I went there so often it didn't matter when new releases came in. I could count on my favorite comics being there. In fact, the first comic I remember buying was in a magazine shop - a different one than this, though.

Then, I discovered comic shops. Every Saturday, my father would drive me to this place out in Bayside and I'd go through their new releases. (I wish I could recall how I discovered the place; I might've passed by it one day while going to summer day camp or something.) Shopping in a place devoted exclusively to comics was a very different experience. It felt like I was in a store that was made for me, that catered to my specific tastes, providing me not only with comics I wanted, but comics I didn't know existed.

Comic shops were a vital element in the growth of 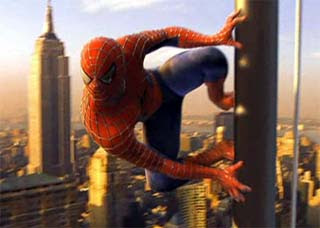 the comics industry in the 80s and early 90s, but by catering more towards the comic shop audience - the hardcore adult fans who dutifully dropped in every Wednesday for the new releases - and less towards the casual readers, including parents and little children, the industry suffered a major economic downturn in the mid-90s. As a result, many comic shops closed, and the market for comics contracted significantly.

When Hollywood took a renewed interest in making movies based on comics, beginning with the surprise hit Blade and continuing with the blockbuster X-Men, the industry responded to the resurgence in comics' popularity with an annual promotional event called Free Comic Book Day, in which comic shops made a concerted push towards attracting new readers, especially kids, by giving away special edition comics. And what better time to hold the first FCBD, the reasoning went, than the day after the release of the long-awaited Spider-Man film?

On FCBD, I brought my friend Lysa and her son to Forbidden Planet in Manhattan, across the street from the theater where I saw Spider-Man the previous day. I met Lysa several years ago when we were both in an acting class. She actually aspired to be a filmmaker, but wanted to experience what it was like on the other side of the camera as well. We kept in touch long after the class ended, as much as her growing family would allow. I knew her son, who was about 6-8 years old at the time I think, liked comics, so I figured inviting them to FCBD was perfect. They were exactly the sort of people the event was catering to.

I had written about the experience, but unfor 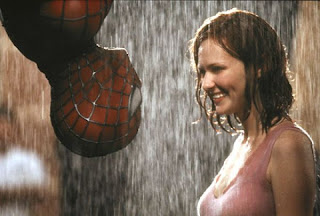 tunately, I don't recall everything I said about it. I do recall that Lysa ended up getting something Spider-Man-related for her son. I tried to turn her on to some of my favorite comics at the time, but she wouldn't bite. Still, I think she dug the whole scene. There were certainly a great deal more kids in the store, and it definitely had a festive atmosphere - generated in large part, from the movie, which most people loved, including me.

These days, digital distribution has meant one no longer has to exclusively depend on the comic shop or even the magazine store to find the comics they like, as I did all those years ago. But for me, the comic shop has always represented a haven for like-minded fans to meet and discuss their favorite books and creators. Unfortunately, for years, many shops have presented an unwelcoming atmosphere for casual readers and parents due to a boys-club mentality that can be pervasive and off-putting to the uninitiated, particularly women. In the almost-year I worked in a comic shop, I did my best to reverse that trend, though that's a tale for another time.

I think comic shops, at least the ones I've been to in New York and Columbus, have gotten smarter. They know that in order to survive, they need to cater to a wider audience, not just the fanboys, and as long as they maintain that attitude, they should do alright.

Avengers
Iron Man 3
Captain America
X-Men
X-Men: First Class
X-Men: Days of Future Past
Guardians of the Galaxy
Posted by Rich at 9:38 AM