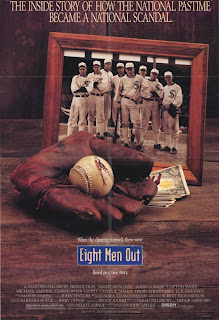 Baseball has always meant a great deal to me, especially as a child. I could write a book about the year 1986 alone and how the Mets' championship season coincided with profound changes in my life. When I think of baseball, I think of my father, as many American men of a certain age do. He would watch the games on TV, but he could never abide by the commentary of the announcers, since, to him, they tended to say more or less the same things all the time. (This attitude of his would extend to other sports as well.) He and I went to games at the old Shea Stadium and he taught me the rules of the game and how to appreciate it, but he also helped make me aware of the danger of idolizing these athletes too much, a lesson that it took me a long time to learn.

Even back then, I was aware of the fallibility of professional athletes off the playing field, even if I was too young to fully understand the ramifications. To pick one notable example from the Mets of the 80s: pitcher Dwight Gooden was Rookie of the Year in 1984. He was a dominant strikeout pitcher favorably compared to Bob Feller, Bob Gibson and Nolan Ryan. Many thought he would follow in their footsteps, but rapid success combined with great youth led to a drug habit that diminished his potential. When he came back from rehabilitation in 1987, I remember having mixed feelings. There were those in the local press who felt he had let the team and the fans down, and tried to castigate him for it. I didn't feel betrayed so much as confused. How could Gooden do this? Why? I felt it was my duty as a fan to be supportive of Gooden and the team, come what may, but I understood the dangers of drugs as well, and I knew he was wrong to have succumbed to them. I was disappointed... but I did my best to maintain my loyalty.

Of course, Gooden was far from an isolated case. 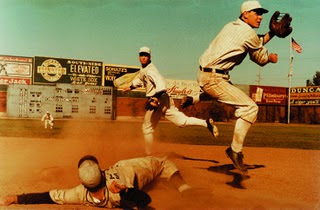 Over the following years, I'd witness more ballplayers cope with similar problems. In addition, there were labor disputes with management, which took up more space in the sports pages. And, of course, other professional sports had similar issues. The more I read about all of this stuff, the more it irritated me. When the World Series was canceled in 1994 due to a protracted labor dispute, that was the last straw. I quit following sports altogether. By that point, I truly had felt betrayed. If they could do something as drastic as canceling the World Series, I thought... then nothing means anything.

It took years, but eventually I put my grudge away, and while I no longer follow baseball with the same fervor I once did, I'm more able to appreciate it as a game, without the craziness of steroid scandals and tabloid gossip to distract me. Watching more minor league games has helped.

When my father took me to see John Say 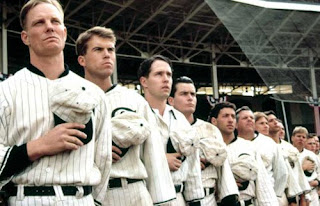 les' Eight Men Out, I knew it was based on a real story - the Chicago White Sox of 1919 and how they conspired to throw the World Series for money. I vaguely remember being surprised that scandal in professional sports reached so far back in history. Still, it made me wonder how the conspirators were able to live with the knowledge of what they'd done, especially given the fact that this was during a time when baseball dominated American life to a much greater degree than it does today.

That danger my father warned me about - the danger of putting professional athletes on a pedestal, or any celebrity, really - is a great one, and one we need to remain on guard against, because if you put someone in that position for long, they'll feel like nothing can hurt them, and that they can get away with anything.