Thank you, Alamo Drafthouse, for giving a damn 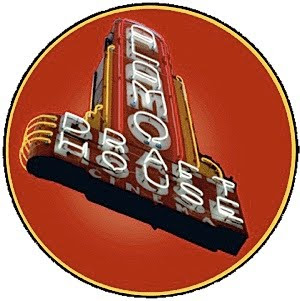 ...If there is a loud group of patrons in the theater disrupting the show, a customer can raise an order card to alert staff to the problem. The complaint is delivered right away to management who then comes into the theater to listen and identify the talkers. If they hear talking, they issue a warning, something to the effect of “we have had complaints from the other customers, if we receive one more complaint, we will have to ask you to leave.” If there is a second complaint, the manager again enters the theater and waits to hear talking. If they do hear talking again from the same group, we kick them out. That’s been the system for a long time, and we have quieted and/or kicked out hundreds of groups over the years for being disruptive.
Upon reflection of our failure to quiet the group of talkers on last Friday, however, I am hereby changing the policy company-wide.

A few weeks ago I offered some suggestions for improving the movie theater experience, and look at this - a little over a week later comes this statement from the Alamo Drafthouse in Austin, Texas, who not only already has a policy against excessive talking in the theater (which presumably would also include cellphone use, as I wrote about), but they plan to improve on it. I've never been to Austin, but I hope to go one day just so I can see a movie at one of their wonderful theaters.
This comes at around the same time as the news that the studios are interested in capitalizing on the video-on-demand system by offering first-run films a mere 60 days after their theatrical release. Naturally, the theater owners (and some filmmakers) are less than thrilled at the prospect. They should be. This is nothing more than a cash grab by the studios that does not address the fundamental problems I discussed weeks ago - problems that, as we see, can be overcome with just a little bit of care and attention.
I've said that if I had the option, I'd probably watch a first-run movie in the comfort of my own home with all the tricked-out extras... but I would not want to do it all the time! Especially not if there were more theaters like the Drafthouse around who are willing to go the extra length to ensure a great night out at the movies. This proposed VOD program would cut into the livelihood of the first-run theaters, so it's good to know that the theaters are fighting back, but the Drafthouse's example proves that there's still more that they can and should do.
Thoughts?
Update 4.13.11: Proving once again that great minds think alike, here's another post addressing the moviegoing experience, questioning whether or not it's even necessary.
Posted by Rich at 10:18 AM