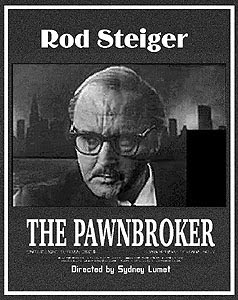 I find it hard to believe that Sidney Lumet has died without winning the Oscar for Best Director, but it's true. 1958: David Lean wins for Bridge on the River Kwai. As great as 12 Angry Men was (and is), it was his first movie and he wasn't gonna beat Lean. 1976: Milos Forman steamrolls over the competition with One Flew Over the Cuckoo's Nest. I don't think anybody else had a chance that year, not even Lumet with Dog Day Afternoon.

I think his best shot for the Oscar might have been in 1977 with Network. That was the year of Rocky, where director John Avildsen took home Best Director, but look who else was nominated: the legendary Ingmar Bergman, Alan J. Pakula for All the President's Men, and the first-ever woman nominee, Lina Wertmuller. (Martin Scorsese is cruelly shut out for Taxi Driver.) Network also won Actor, Supporting Actress and Original Screenplay, but Rocky was the feel-good underdog movie, and ultimately, as challenging and powerful as Network was (and is), from the Academy's perspective it was a bitterly cynical drama that ends on a down note. (Historically speaking, this was a fascinating year for Oscar.)

Some of my father's favorite films were by Lumet, including 12 Angry Men and the film I watched last night, The Pawnbroker. It was him who first told me about it, and I found myself thinking about him quite a bit as I watched it. Like me, he really dug hard-hitting dramas that speak to the times we live in, and The Pawnbroker, with its themes of race and class, was right up his alley. He would've definitely appreciated the multi-ethnic cast. He was a social worker, and I suspect he probably dealt with many people like those who come into Rod Steiger's character's pawn shop. I could even imagine him walking the Harlem streets, since there are a number of great location shots. I would've liked to have watched this with him.

The editing is intense at times. The flashbacks to Steiger's past in a Nazi concentration camp come in an almost strobe-like fashion, in micro-second cuts that intrude on the present with a disturbing intensity. But then, that's the point of them.

I haven't even mentioned other stuff like Serpico, Fail Safe, The Verdict, Before the Devil Knows You're Dead, even The Wiz! Lumet was as much a New York-themed director as Scorsese or Allen. He was awesome... but I'm still kinda mad that he never won Best Director.
Posted by Rich at 10:01 AM