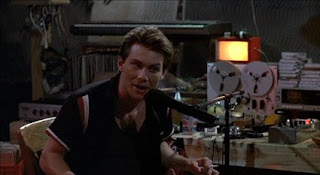 I don't know much about podcasts, but in the months since I've started WSW, I can't help but notice that a lot of people have them. Therefore, I figured it was high time I started taking a listen to some of them. Prior to WSW, the only podcast I listened to on a regular basis was In Contention & Thompson on Hollywood's Oscar Talk. I don't have the hardware or whatever else you need to create one, but I think it might be nice to do a podcast of my own at some point. Still, I'm not ready to explore that option yet.

A number of my fellow LAMBs have podcasts, so last week I picked a handful and started there. The only one I had listened to before was the LAMBcast. These were my impressions (and yeah, I realize it's hard to get a firm handle on something like this after only listening to one episode each, but they were long episodes):


- The Matineecast from The Dark of the Matinee

It’s very polished and professional sounding. Hatter sounds like he’s been doing this sort of thing for years; the show is very structured and he keeps things moving briskly. I listened to episode 28, in which his guest is Univarn from A Life in Equinox. He’s been on the show before, so they’ve already established a nice rapport with each other that shows in their discussions of movies. If anything, I thought the show was perhaps a bit too pre-planned; I wouldn’t have minded a little more spontaneity, but that’s a minor point.

- The LAMBcast from The LAMB

This is much more freewheeling, even within its own structure, and I find it often rambles after awhile. Still, even when I start to tune out, something always brings me back into it. Dylan does a good job in bringing together various LAMB bloggers, and there’s always a casual and fun atmosphere to it, which is nice.

- Some Cast It Hot from N 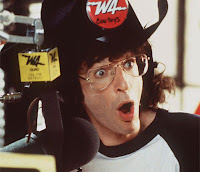 Girls talking about film is definitely a good thing, but boy, did this go on a long time. I listened to episode nine, which focused on the “Bechdel Test” and the films that pass it. They talked about a Japanese film that they made sound interesting, but then they kept going on about it long after I decided I wanted to see it. In fairness, they did admit they were going on too long; perhaps this wasn’t typical of their show. I like this cast, though I think it might be a little stronger if they had information about the movies they’re gonna talk about on hand. There were several moments where they blanked on specific information that could’ve been discovered with a Google or IMDB search.

I like this one a lot. I listened to episode 32, the Oscar nomination special, which at half an hour is apparently shorter than usual, but I could’ve easily listened to a full hour’s worth. Rachel and Jess are very smart about movies and it shows, and though I may not agree with everything they said, they argue their points lively and well.

Wow, this one’s really goofy. I like the original music for the intros. I like that Kai keeps things moving with a variety of stuff, and his Game is a very clever one. I probably wouldn’t listen to this all the time, but every once in awhile when I want something completely off-the-wall instead. Not saying it’s bad – it’s very good, in fact – but it’s the kind of thing I’d prefer taking in small doses.

- The Demented Podcast from Random Ramblings of a Demented Doorknob

This one is more no-frills than the others. Nick 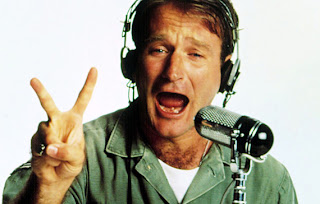 seems like he’s still finding his footing in places, however, it also feels a little more intimate than any of the others I’ve heard so far. I listened to episode seven, guest starring Mad Hatter. I liked the conversation about classic films (which is why I chose this one) with relation to Nick’s blog, but I can’t say I cared too much for the Dungeons & Dragons-type game at the end; it got kinda boring after awhle. Maybe if it had more than one contestant? At least this got me more interested in his blog.

So basically, I liked them all, in different ways. The LAMB connections give them all a greater sense of community. Many of them do things other than talk movies, and they all have enough knowledge and material to make individual episodes last. Like I said, I'm not ready to experiment with a podcast, but I've learned a great deal more about them after listening to these.
Posted by Rich at 8:58 AM