Fairy tale movies that probably won't get made 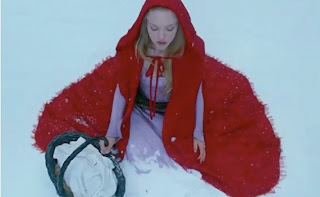 Though previous Hollywood treatments of fairytales, such as the classic 1937 Snow White cartoon, have often been aimed squarely at family audiences, the ancient stories offer a wealth of opportunities to probe much darker themes. Beneath the magical surface of a fairytale, with its castles and princesses, often lurk ideas around sexuality, the dangers of growing up and leaving home, relationships between children and parents, and the threat that adult strangers can pose.

So it looks like fairy tales are the new superheroes. Well, anything for a quick buck, I suppose, although I'll say this much: fairy tales, at least, have historically been extremely mutable from one generation of storytellers to another. If you're a producer, you don't have to worry about fanboys complaining because the screenplay left out the part about the Big Bad Wolf's years spent as a lion tamer in Singapore, which is crucial to understanding why he wants to eat the Three Little Pigs in the first place and why did they have to change it anyway?

This wave of fairy tale movies is gonna run the gamut from goth fantasy to action-adventure (one NSFW image), and even a few name directors are involved. Given that, it's probably only a matter of time until we see movies like these (or not)...

- Darren Aronofsky's Goldilocks: The stress of being a "perfect little girl" for her constantly-disapproving parents leads Goldilocks to a life of juvenile delinquency. She breaks into other people's homes, imagining herself living different lives. She has illusions of being pursued by three bears, and she takes drugs to make them go away, but the illusions only increase, driving her slowly into madness. 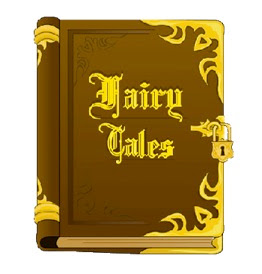 d the Beanstalk: Shot entirely within cyberspace itself with a 4-dimensional digital camera powered by a neutron star, this version of Jack and the Beanstalk is an allegory for the rape of the natural world in general and the Amazon rainforest in particular. Jack is portrayed as a white male colonialist who exploits nature (in the form of the beanstalk) in order to reap the spoils of the City in the Clouds. The Giant, a sympathetic figure for the first time, represents the indigenous tribes of South America who fall victim to the white man's lies, but Jack gets defeated by his own actions in the end.

- Christopher Nolan's Rumplestiltskin: Set in the 19th century, Nolan's screenplay explains, in great detail, using the scientific principles of Da Vinci, Copernicus and Gallileo, among others, how straw can in fact be turned into gold. No one understands it, but the fight scenes are awesome.

- Judd Apatow's Three Little Pigs: One dresses like a slob, one constantly stuffs his face, and the other is a misogynist. They're all buddies who hang out together and act like teenagers even though they're in their thirties. They fight amongst themselves in order to impress this girl named Bebe Wolfe, who is not only incredibly hot, but is actually willing to give these three losers the time of day.

- Michael Bay's Pinocchio: Pinocchio is an android created by the government, Jiminy Cricket is a hot chick, there's an entire army of military troops hunting Pinocchio down, and of course - GIANT CGI WHALE. And explosions.

Feel free to add your own suggestions.
Posted by Rich at 5:40 PM