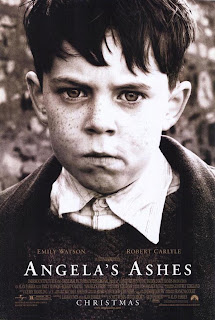 Oh, how I wish I could've met Frank McCourt. I remember applying to Stuyvesant High School, but I didn't make it in - it's a tough nut to crack. Not that I would've known who he was back then. I certainly wouldn't have known that he'd go on to be a Pulitzer Prize-winning author. But if his books are any indication, I know I would've enjoyed being in his classroom.

I first learned who he was through the movie version of Angela's Ashes. I was prepared to see it after watching the trailer because Emily Watson was the star and it looked interesting. Then one day I was in a Barnes & Noble and I saw the original book. A sticker on the cover indicated that it won the Pulitzer. I decided to give it a try.

Am I glad I did. Anyone who has read McCourt's trilogy of memoirs - Ashes, 'Tis, and Teacher Man - knows what a command of the language he had. He wrote in such an intimate yet unusual style; for instance, he didn't bother with quotation marks when describing a conversation. It's as if the words were flowing so easily that he didn't want to waste time with them; he just wanted to tell the story as it came to him. That's only an interpretation, though. I have no idea why he never used quotation marks, but his facility for characterization and creating individual voices was so good that it didn't matter, in the end.

Ireland has a certain romanticism to it that's 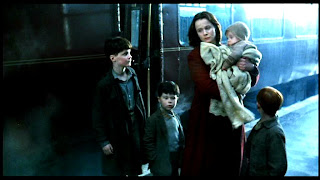 often played up in fiction. McCourt didn't indulge in that to a great degree in Ashes. Indeed, the absolute misery of his childhood there is almost a selling point. One can hardly believe how bad it was for him, and yet, his prose is so evocative that you can't help but keep reading. Did he exaggerate? We'll never know, but it's always been my opinion that autobiographers stretch the truth in places in order to make for a better story. I do it with this very blog, sometimes.

I would imagine, in fact, that anyone writing a memoir would eventually have to take some liberties in the story of their life. No one can be expected to remember everything about their lives; I know I certainly don't. Plus there are certain biases and prejudices that are bound to rear their heads; for example, arguments with friends or relatives that didn't go the author's way. The author may present both sides of the argument, but he's naturally gonna want you to be sympathetic to his side, and he may decide to frame his argument in that manner. These things don't necessarily make for a bad book, though, because an autobiography is by definition a subjective account. And in the end, it's all about telling a compelling story.

As for the movie, well, I always use Ashes 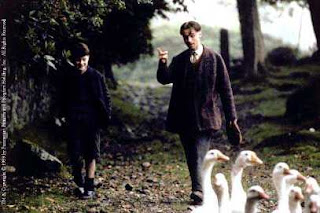 as an example of why it's always best to read the book after you see the movie. The movie was good. Great acting, a screenplay that hit the highlights of the book (because there were so many little stories within this one big story, it would've been impossible to get them all), and director Alan Parker captured the look of 1930s Ireland well. However, I couldn't help but be a little disappointed, because no movie, however well done, could possibly capture the spirit of McCourt's prose: the run-on sentences, the wandering tangents, the colorful phrases ("don't give a fiddler's fart"), all of it. But what can you do?

Frank McCourt lived an uncommon life that he captured in three extraordinary books. I only wish he had tried his hand at a fiction novel before he left us. Who knows what kind of stories he could've written?
Posted by Rich at 9:46 AM