This past weekend I hung out in Washington Square Park for the first time in many months. It was a nice night, a bit of a chill but still comfortable enough to be outside in. This place isn't as prominent in my memory as Central Park, but I think it's especially noteworthy as being representative of Greenwich Village in general, a neighborhood that has meant a great deal to me over the years.

When I think of WS I mostly think of musicians and other street performers. The Village, of course, has a long, proud tradition of being a musical mecca (my sister recently played a show on Bleecker Street with her band, as a matter of fact). Sometimes, though, it does tend to come across as being frozen in time, musically speaking. Last Saturday night I saw a cluster of musicians gathered between the central fountain and the great arch that frames Fifth Avenue, singing the same songs I inevitably hear whenever I come down there, no matter who sings them: "Me and Bobby McGee," "Natural Woman," "Wild Horses," "Bad Moon Rising," and of course, Van Morrison's "Brown-Eyed Girl." I cannot begin to tell you how many times I hear that particular song played in the park by somebody nearly every time I come there.

I love these songs too, don't get me wrong, but it's uncanny 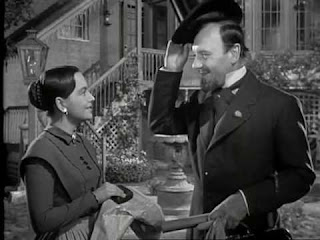 how so many different musicians keep coming back to them whenever they play in WS. Then again, I suppose they could be the same people every time. I couldn't tell you for certain. While the park certainly gets its share of individual performers, you'll usually see groups of musicians gathered in spots around the fountain, some playing guitars, some playing conga drums, a few with harmonicas or tambourines, but everybody singing those same songs from a lifetime ago... again and again.

I don't wanna sound like I'm picking on these people, either. They're a huge part of the park's identity and they make it more pleasant by their presence. I always anticipate hearing musicians whenever I go there, especially in the summertime, the best time for it. But a little variety in the set list would be nice. Some original music would be really nice. Remind me one day to share the story of the woman who played her own songs just off of Christopher Street, near the infamous Stonewall bar - and who even gave me an audition for her band once.

Anyway, I posted about this yesterd

ay on my Facebook page, and I was pleasantly surprised to get a bunch of responses to it from people who either agreed, disagreed, had their own memories of the park, or just wanted to make fun of the whole idea. I joked at one point that one day I'll get a band together and come down there to play Bon Jovi covers. I'm reasonably certain I could sing a halfway decent version of "Wanted Dead or Alive" if you lower the octave a bit.

The first time I saw The Heiress was in high school English class, after having read the book Washington Square, on which it's based. I was blown away by it then and never forgot it since - and I'm not normally once who goes in for upper-class, gowns-and-tuxes period dramas (though there are a few I enjoy). I read a review of it on another site recently and got the urge to see it again (though I swear I wasn't thinking about it on Saturday night). You feel for Olivia de Havilland throughout the whole movie, especially at the end, when she finally takes control of her life and her love - and if this is not one of the all-time great movie endings, I don't know what is. (Also, this is the second movie in a row in which embroidery is a running motif, following last week's Kamikaze Girls. Didn't plan that either.)