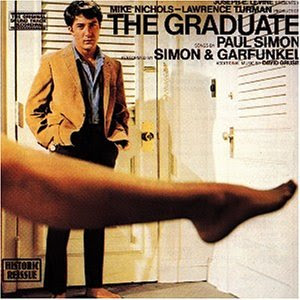 I dunno, I don't think I'm feeling the Set List thing anymore. Trying to come up with appropriate songs every week is tougher than I thought, so I'm gonna go back to just soundtracks for now. This blog is still very much a work in progress, folks.

So: Simon & Garfunkel. My friend Scott is an awesome cartoonist (don't believe me? Look at his webpage) as well as a huge S&G fan, and every now and then he'll sneak an S&G reference into his work. He even used Art Garfunkel as a character once, albeit a thinly disguised version.

I saw Paul Simon solo in a concert in Central Park, which was just as good as his S&G concert in Central Park (which I didn't go to, but I have the CD). When I was in college, I briefly tried my hand at being a musician and one of the songs I recorded was a cover of "The Sounds of Silence." I gave it more of a rockin' edge, and I sung it at a lower octave because there's no way in hell I can hit those high notes.

"April Come She Will"