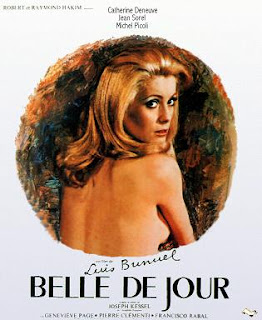 Surprisingly, it didn't happen all that often during my ten years in video retail. I was fortunate to have worked in places where the clientele even had an interest in foreign movies, much less chose to rent them. But every once in awhile, someone would come along who wanted to watch foreign movies dubbed instead of subtitled.

In fairness, I can understand why the average person - i.e., someone who's not necessarily a cinephile - would prefer it. It can be a bit tricky to read the English translations while trying to pay attention to the action on the screen. You're effectively dividing your concentration, and if you miss a line or two, you could lose the gist of a scene. I can see how this could be a barrier for many people who simply want to be able to watch a movie unencumbered.

Even film aficionados may have problems with subtitles. In the past, the text was sometimes too bright to be read well, especially on black and white films. And for the purists, fidelity to the original dialogue can be an issue when it comes to translating a foreign language into English. So why use subtitles at all?

For one thing, dubbing has a dubious reputation, 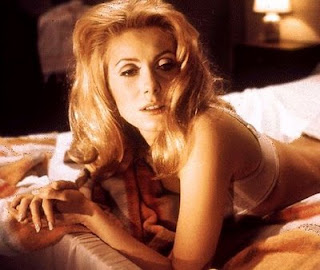 thanks to hundreds of kung fu films. Even when done well, dubbing in English dialogue over the original language looks unnatural and can take you out of the movie. If there's a famous actor, you become especially aware that the voice you're hearing isn't his or hers. And from a purist's perspective, hearing the original language means you're watching the film closer to the way it's meant to be experienced, even with subtitles. Recent Oscar nominations for foreign-language performances by Javier Bardem, Marion Cotillard, and Penelope Cruz, among others, have proven that a foreign language need not be a barrier to appreciating acting skill.

Watching a foreign movie with a linguist makes one more aware of issues like these. Two weeks ago, Andrea and I went to see the French film Belle de Jour, which was part of a Catherine Denueve retrospective at the Brooklyn Academy of Music. Andrea, as I've mentioned before, is polylingual, but her specialty is French. When we saw The Illusionist, that movie had no subtitles, but it had almost no dialogue either, so this was the first time she and I saw a subtitled film together.

She surprised me afterwards when she said that she relied on the subtitles to a greater degree than I thought. As a non-native, she learned her French primarily through the written word, and she has told me examples of how in the past, when she spent time in Paris, she misconstrued certain casual words and phrases because they didn't match up with her textbook knowledge of the language, even though she speaks it better than any non-native I've ever met. So she likes learning the informal aspects of the language through subtitles.

She also noticed aspects of the English tran 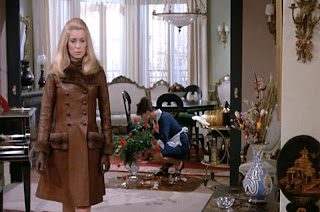 slation that were slightly different from the spoken dialogue. In one scene, an older man, according to the subtitles, says "daughter," but Andrea said what he spoke was a word closer to "beloved" (if I'm remembering this correctly). We agreed that often times, subtitles needs to be concise, even if it means altering the context slightly, and in this case, "daughter" was the less distracting word.

I haven't been to BAM very often, unfortunately. It's a performance space located near downtown Brooklyn that not only shows movies, but gives concerts, dance shows and plays. It's an excellent place to visit if you're ever in Brooklyn. The auditorium where we saw Belle de Jour was a nice-sized space, though it had no central aisle and the seats were a bit small. At one point during the movie, this one dude sitting next to Andrea complained to her that she was rustling her popcorn bag too loudly. She apologized, both at that moment and after the movie ended, but he rudely brushed her off, like he didn't care. It was the only sour note of the day, and though neither of us liked it, we forgot about it in time and went off to have Thai food.

So where do y'all stand on subtitles versus dubbing?
Posted by Rich at 9:45 AM