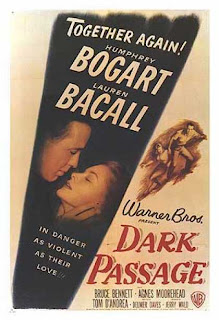 When I lived in Columbus, I learned first-hand the value and necessity of public transportation, something I had always taken for granted living in New York, a place where trains and buses can take you anywhere, anytime. Living without that luxury made me realize that if I were to move again in the future, the first thing I'd take into consideration is ease of travel. I don't drive - I've never felt the need to - and I don't want to live someplace where I can't get around easily without a car.

I had considered several other places before settling on Columbus; among them was New Jersey and Connecticut, if for no other reason than that I wouldn't go far. (Having friends in Columbus was a deciding factor.) While I'm not in a position to move again, that hasn't stopped me from thinking about it every so often - only this time, taking transportation into consideration.

Then I saw this video, part of a series about public transit options in the 21st century. The focus was mostly on Jersey City, a place I was familiar with through my visits to the Loews Jersey Theatre. In the video, I saw how the city was making a greater investment in public transportation and how that was improving business there. That intrigued me, so I decided that the next time I'd go to the Loews for a movie, I'd first spend the afternoon looking around the rest of Jersey City - which is what I did last Saturday before seeing Dark Passage.

I had lunch in nearby Hoboken. I've always liked 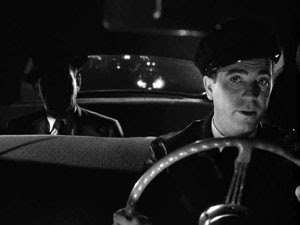 Hoboken, though I had never realized how small it was before. I could easily see myself living there, though, since Manhattan's only a short train ride away on the PATH rail. After lunch I headed for the light rail line that connects Hoboken with several other North Jersey towns, including Jersey City.

I'm not accustomed to light rail trains, but riding this one was pleasant enough. While I lived in Columbus, the mayor was trying to bring streetcars there, which if successful, would have reduced car dependency and provided a vital link between the downtown and the outlying suburbs to the north. Streetcars have proven successful in other, similarly-sized cities, and there are good reasons to support them, but Columbus never got behind it; there was firm opposition to the plan, in fact. A modified plan combined a streetcar line with a light rail line, covering just about the same territory, but still no dice (though a small minority was very much in favor of it). The mayor recently announced that he was abandoning the plan. He probably got tired of butting heads with people who made it perfectly clear that they refuse to give up their cars.

JC is a little scruffier than Hoboken once you get past the developed waterfront area. One thing that I noticed was how much it looked like parts of Brooklyn or Queens: bodegas and 99-cent shops and Chinese restaurants and hair salons mixed in with small neighborhood cafes and fast-food joints. I could never say that about Columbus. I always felt the difference between it and New York: no delis or pizza shops on every corner, less of a sense of ethnicity to the neighborhoods. Still, that familiarity isn't always welcome.

I took the PATH back to Hoboken for a light dinner before heading to the Loews. The light rail and the PATH train definitely make a difference, I'll say that much. Still, transportation alone isn't enough of a reason to make me move again. I might be able to find a comfort zone in either Hoboken or JC, but at this point, I can't say for sure.

As for the movie, well, I'm sorry to say that I didn't 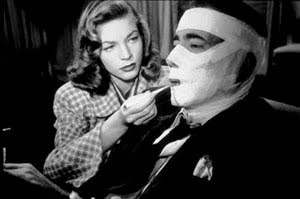 care for it. Dark Passage was the only Bogie 'n' Bacall movie I had never seen - never even heard of it, actually - and it was one of the most contrived plots I'd ever seen, relying on an absurd amount of coincidence and suspension of belief to hold it together and plot twists that come out of left field. It had a clever gimmick, though: filming the first half of the movie from Humphrey Bogart's perspective and never revealing his face! Still, it wasn't enough.

Film historian and author Foster Hirsch (last seen by me at the screening of The Man With the Golden Arm) spoke afterwards, and while he conceded the film's plot deficiencies, he was more generous towards it, preferring to emphasize the film's influence on subsequent filmmakers and its entertainment value. I suppose it had some of that, but I'd much sooner sit through Key Largo or To Have and Have Not than this.
Posted by Rich at 9:46 AM