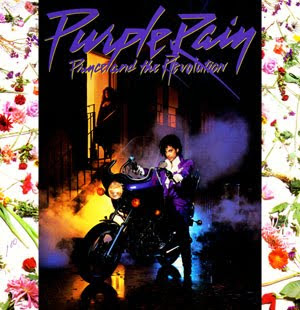 Whenever they would show this on TV, they used to bleep out the word "masturbating" during "Darling Nikki." My sister had the soundtrack, so 12-year-old me knew what the word was. I thought it was a really big deal whenever the radio would pay the full version of "Let's Go Crazy" instead of the radio edit because it meant I could hear the badass guitar solo at the end. Prince was mysterious and exotic to me at the time; not knowing any better, I took his whole shtick seriously because I loved his music. Prince/Michael Jackson debates were extremely common back then.

Prince and the Revolution, "Baby I'm a Star"
Posted by Rich at 8:16 AM