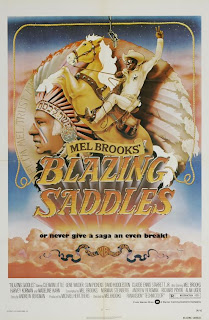 Director Ron Howard has a new comedy coming out in a few months called The Dilemma. Judging by the trailer, I have to say it looks very uninspired and dull, which is a bit of a disappointment from the man who gave us Apollo 13, Ransom, Parenthood and Splash, not to mention the Best Picture winner A Beautiful Mind. (I'll have to write about Apollo 13 soon - I have some good memories of the time I saw that.)

Indeed, this movie might have come and gone with little fanfare, were it not for one thing: a line in the trailer that's gotten noticed at an unfortunate moment, to say the least. The character played by Vince Vaughn calls electric cars "gay." Coming as this does at a time of a gay youth suicide crisis, some people are calling this movie out as being insensitive, despite the fact that the word "gay" has been used as a put-down in other movies before, not to mention in other venues.

We do not deny that using the word in this manner is insensitive. We do not deny that this is practiced on a daily basis in many other places within American pop culture and that it has contributed to a climate of intolerance that led to the recent series of suicides. Putting that aside, however, I want to address another aspect of this situation.

The Gay and Lesbian Alliance Against Defamation says it wants the line cut from the film entirely. While I can understand their outrage, coming as it does at a time fraught with grief and anger, I have a problem with creative people being told what is and isn't acceptable in works of art. It's one thing to organize a boycott of the film, but another thing to dictate how it should be made, because if one offended group can do that, why not others? Where does the line get drawn?

Last night I watched Blazing Saddles, a movie I should be offended by for its liberal use of the word nigger, to describe Cleavon Little's character. Context, however, is everything. Everyone who uses the word nigger in this movie is clearly shown to be an idiot, either by Little or through their own actions. But that shouldn't matter, right? Nigger is an offensive word and it should be excised, full stop, right? I submit that if you do that, you lose the power, and more importantly, the humor, of the film.

I don't know if The Dilemma is comparable with regard to how it uses the word gay. I suspect not. That shouldn't matter, though. Don't see the movie if you think it's offensive, by all means, but don't tell the filmmakers what is and isn't suitable entertainment. Fictional movies only reflect life. They should not be confused for the real thing.
Posted by Rich at 8:56 AM