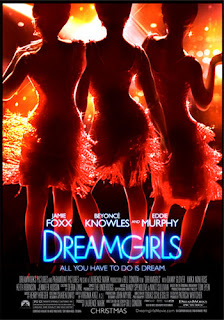 Before it was called rock 'n' roll, it was rhythm 'n' blues. My father taught me that. It was always in the house in one form or another growing up - the Temptations, Smokey Robinson, Ray Charles, Johnny Mathis, Aretha Franklin. I don't believe my father really had anything against Elvis or the Beatles in terms of musical ability alone, but it was always crystal clear where his heart was aligned.

You could say my father was a huge music geek (although it's very odd for me to think of him in those terms). He had an incredible music collection, like you wouldn't believe, accumulated over a lifetime and available in multiple forms: records, tapes, 8-tracks, CDs. I can recall him transferring records onto cassettes and meticulously writing the names of the singers onto the blank labels. He had a fair share of country music - growing up in the deep south, it was as much a part of his experience as R&B. He even had the work of more contemporary singers, like Whitney Houston and Luther Vandross. But the overwhelming majority of his music collection was classic R&B and soul from its peak, whether by the groups themselves or from anthology compilations - and he had a ton of those too, mostly gotten from mail order.

He understood how black music was co-opted by white musicians and turned into what we now call rock, but for all his passion of R&B and soul, he never spoke about this practice with bitterness, at least not to me. Looking back on it now, I suspect he felt it was important to keep black music alive in the face of changing musical trends, for his sake as much as anyone else's, which may have been one reason why he had such a prodigious collection. His, after all, was the generation of Martin Luther King and Brown v. Board of Ed and Selma and the beginning of the Movement. Being black meant something different back then, and the music was as much of an indicator as anything else, if not more so.

Growing up, I had my Top 40 radio to keep me satisfied, but over a slow period of years I began to better appreciate my father's music. The turning point may have been in eighth grade, when I did a report on popular music history. He helped me with that by recommending a book to read - The Death of Rhythm and Blues by Nelson George, which chronicles the transition from R&B to rock and its wider implications. He even lent me some of his cassettes to play in class as I gave my report. I think it may have been after reading that book and writing my report that I looked at my father's music differently.

In high school, I discovered classic rock and my world changed, but I never completely forgot the lessons learned from my father about where rock came from. And today I'm more aware of it than ever. I listen to the oldies station here in New York, WCBS-FM, and whenever they play the Supremes or Ike and Tina Turner or Chuck Berry or Martha Reeves or anything like that, it's kinda like my father is with me and I'm a child again, carefully placing another 12-inch onto his record player and listening to this music that was such an intrinsic part of his life... and mine.

Dreamgirls was another mega-hyped movie, primarily because so many people were certain it would be a major Oscar contender for Best Picture. I remember being skeptical at first, but it won me over to the point where I actually bought the soundtrack immediately after seeing it. I was part of a packed opening day crowd and everyone applauded when it finished. I remember it came out around the same time as the death of James Brown, and that was certainly in the back of my mind as I watched it.

Some of my co-workers who were American Idol fans had to explain to me who Jennifer Hudson was. Given all the buzz around her, I couldn't believe she wasn't a champion. Eventually I learned that even runners-up can become stars as well, but I didn't know that at the time.
Posted by Rich at 9:46 AM