Requiem for the video store 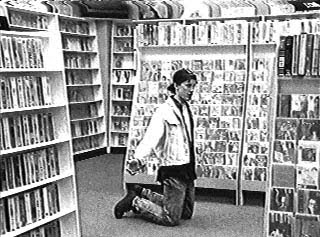 ...Since the first video-rental shops emerged in the late 1970s, they have served as shrines to films and created new social spaces for neighborhoods, often reflecting their personalities. They drew cinephiles, rebellious teens seeking movies of which their parents might not approve, and budding young actors and directors who canonized them in their work.

The shops made accessible high quality films, or quirky or foreign ones, that weren't likely to be broadcast on TV—and on customers' own schedules. Brought down off the silver screen, movies were artifacts people could swap, study and recommend. A generation of movie buffs and cultural critics collected copies of films the same way art and books were amassed. But new movie-delivery methods have made bricks-and-mortar stores obsolete.

There were many more days that were painful rather than pleasurable. When I eventually became a manager, the amount of headaches seemed to double overnight. I got into shouting matches with both customers and co-workers. Sometimes it seemed like my bosses only noticed my mistakes and never my successes. But you know, despite it all, there was also quite a lot about my seven-plus years in video retail that I enjoyed, too. Not all of the customers were lunatics; some, in fact, were very pleasant and I looked forward to seeing them. I made some good friends behind the counter as well. Most of all, I developed a deep appreciation of movies that has stuck with me ever since. Indeed, I was fortunate to have worked in places that had wide selections, old and new, Hollywood and indie, foreign and domestic. I'm proud to say I never worked at Blockbuster. If I had to go back to video retail, I think I'd probably be less uptight about it. I'd try my best not to sweat the small stuff and have a little more fun. It's movies, after all.

Also:
20 years of NC-17 movies (Movieline)
TCM promotes H'wood history doc with tour; comes to NYC 10/25-26 (Thompson on Hollywood)
Reminiscing with the cast and crew of Goodfellas (GQ)
Posted by Rich at 3:03 PM