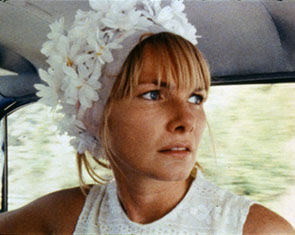 Loden, who was born and raised in Marion, left her hometown as a teen for New York City. She had the ambition of becoming an actress and more than achieved that goal. The attractive Loden went on to appear on TV with comedian Ernie Kovacs, star in movies like “Wild River” and “Splendor in the Grass,” win a Tony Award for her performance in Arthur Miller’s play “After the Fall” and marry legendary filmmaker Elia Kazan, who directed the Academy Award-winning “A Streetcar Named Desire” and “On the Waterfront.” She directed Off-Broadway productions for the New York stage. Her beautiful looks have even been featured on a postage stamp.

And in 1971, Loden made a film that would bring her out from the shadow of her famous husband and leave a lasting impact on critics and future directors alike.

Also:
The pros and the cons of moving the Academy Awards up to January. (MCN, Gold Derby)
Remembering Bonnie and Clyde director Arthur Penn. (NYTimes)
Leonard Maltin reviews a new biography on Cecil B. DeMille. (Movie Crazy)
Posted by Rich at 9:03 AM