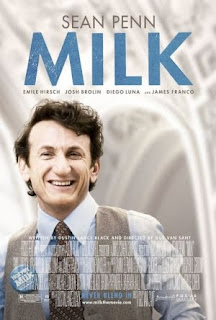 For about three or four years during the late 90s I worked at the video store with a fella named Bill. He was a manager, approximately in his mid-to-late 40s at the time, and knew plenty about movies, especially classic ones. He was also gay. I had never worked with a gay person before, but I don't recall thinking it was that big a deal, since I was more concerned with learning all I could about movies. Bill was one of several co-workers who were founts of movie knowledge and I remember feeling hopelessly inadequate. I had gotten this job through a friend's recommendation, and I was eager to pull my weight as best I could.

Bill was not always the easiest person to get along with. He could be temperamental, moody, and caustic at times, with customers as well as co-workers. At the same time, however, he could be hilariously funny and, if not warm, then at least friendly and thoughtful. He and I worked many hours together, and as a result, I learned a great deal about movies, but I also got an education on gay life, especially as it was during the 70s.

Bill told me about Stonewall. He told me about nights at Studio 54. He told me about his acquaintance with Jean-Michel Basquiat. And much more. To call this kinda stuff eye-opening would be an understatement; after all, what did I, a 20-something hetereosexual black kid, know about gay life? Still, though, if a connection was made between us - and I believe there was - it was unquestionably through movies.

We would sometimes put on gay-themed films like The Boys in the Band or The Children's Hour and Bill would talk about their significance. Or he'd put on some of his favorites like Meet Me in St. Louis or Bringing Up Baby and I'd get a better insight to his tastes. He used to always put on All About Eve on his birthday. Bette Davis' lover in the film is also named Bill, and there's a scene where they talk on the phone long-distance on his birthday, and "my" Bill would love it when Bette Davis says, "Bill! It's your birthday!" I still can't watch that movie without thinking of him.

He and I worked several holidays together. I'll never forget the New Year's Eve we spent together where, alone in the store at one point and feeling kinda goofy, we ended up melodramatically singing "Memory" from Cats. I don't recall exactly why; I just remember us having fun doing so.

Bill was the first gay person I got to know well. He wasn't always pleasant to be around, but when he was, he was genuinely a good guy, and my understanding of gay life increased dramatically as a result. While I never had any sort of prejudice against gays, I definintely had some misconceptions about them based in ignorance. In the years since, I've met a number of other gay people, and a few became good friends. Plus, I've done more reading on the subject, and cartoonists like Howard Cruse and Ellen Forney have furthered my understanding greatly.

Which brings me to the current gay civil rights movement. While living in Columbus, Ohio, I followed the Proposition 8 controversy in California and did my best to show my support for gay rights. On the cover of the laptop I'm using right now is a Human Rights Campaign "equal" sticker I acquired while in Columbus. I worked as a cartoonist for a local neighborhood newspaper, and I devoted a couple of my strips to Prop 8 and gay rights in general.

And then I saw the movie Milk. If I were to be completely honest, there are aspects to gay life I still don't understand, and probably never will... and yeah, there's still a smidgen of fear on my part as a result, and that's something I need to deal with. But seeing Harvey Milk's life dramatized in this fashion moved me deeply. The point from this film that sticks out in my mind is how much Milk felt that gays need to come out of the closets in order to gain acceptance, and it's so true. I know for a fact that I would not be as sympathetic and supportive of the cause were it not for me making friends with people like Bill, and Denise and Terry and Tim and Ed and more whom I know, and in some cases, love. I remember the minute I walked out of the theater I got on my cell and called Denise, so eager was I to share my euphoria over seeing this movie with someone who would understand. She wasn't home, unfortunately, so I lingered outside the theater for awhile, simply wanting to hold on to the feeling a little longer.

And now I look at this current rash of gay teen suicides and I despair... and I wonder what it'll take for America to fully embrace their gay sons and daughters as their own. At a time when gay culture has become more prevalent than ever, those who feel threatened by it are making their influence felt, in our schools, our workplaces, and our homes. All I can say is this: don't be afraid. Don't let fear and ignorance of gay people guide you into cowardly acts of bullying. There's no need. Try to get to know a few. You might find you have more in common than you think.
Posted by Rich at 12:24 PM