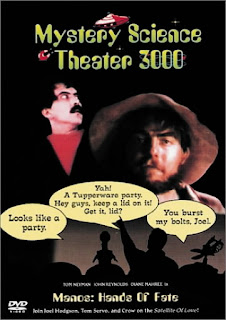 Inevitably there comes a time where you simply have to see something for yourself to believe it. Friends warned me about this movie. Numerous online reviews paid testament to its awfulness. In the end, though, I had to see it for myself. There was no way around it. Some might say I took the easy way out by watching the Mystery Science Theater 3000 version instead of the pure, unadulterated one, but after seeing it, I'm convinced I made the right decision. No one should have to watch the original version of Manos: The Hands of Fate. That's too cruel.

I prepared for it the best I could. I scoured the IMDB reviews - and I was surprised to see how many people were eager to talk about it. 612 reviews have been posted as of this writing, and a number of them are quite creative. There's another reason, perhaps, that people watch bad movies - because they so often inspire great reviews. I should've realized that. After all, how often do glowing, four-star reviews of anything make you laugh? They may be beautifully composed, but in the end, it's all in service to a praiseworthy work... and human nature tends to find more pleasure in tearing something down. 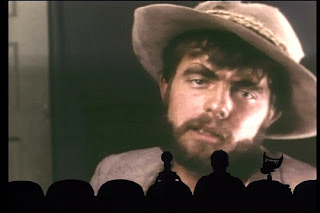 Which brings me to MST3K. While I was familiar with the show, I'd only seen snippets here and there of it, so it was nice to finally sit through an entire episode. People have always talked at a movie theater before, but this show seemed to have made it an art form. While not as much of a free-for-all as your average Rocky Horror Picture Show screening, I have to admit that the snark made watching Manos much more bearable. Then again, given how bad Manos is, that's still like saying I preferred having five of my toenails ripped out instead of all ten. If I understand the show's premise correctly, the guy and the two robots are forced to watch bad movies by some evil mad scientist or something, but they don't look like they're being coerced. If anything, they seem resigned to their fate... but maybe that's part of the joke. It's obviously in the spirit of late-night or Saturday-afternoon creature-feature shows, with some host introducing the movies, and that's cool.

I had started watching Manos in the early afternoon, but then I got an instant message from someone I really wanted to talk to, so I set the movie aside for awhile. Then I decided to go out, thinking I could watch the rest when I got back, which I did. The copy uploaded onto YouTube which I saw claimed to have it in ten parts, but I only saw nine, which was confusing. Then again, I wasn't that eager to see it to the very end, which I'm sure you'll understand.

In trying to look at it from the filmmakers' point of view, I'm sure they felt like they were capable of making as good a film as anything out of Hollywood, and they were probably acutely aware of the limitations they had to work within in terms of talent, on both sides of the camera. In that sense, the very fact that they got Manos completed and distributed means they beat the odds. Filmmaking today is much easier for the average person than it was in 1966, after all. 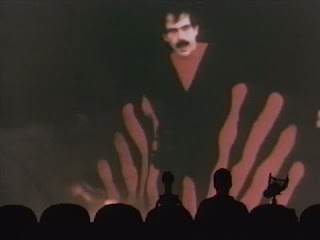 That said, I get the impression no one told director-writer-star Harold P. Warren that perhaps he should rethink his script... or find a better production crew... or better actors! It brings to mind a couple of other auteurs who can't be told anything: George Lucas and James Cameron. And yet, their movies have made billions of dollars worldwide, while Manos languishes in infamy. Is that justice?

Funny thing is, I couldn't help but think that with a little more thought, Manos might've had something to say about cultists. Charles Manson was beginning to put his Family together around the time it came out, and Jim Jones already had his People's Temple at the time, though they wouldn't move to San Francisco for another nine years. I wonder if such thoughts were even in Warren's mind when he originally conceived this story. Regardless, I've seen Manos now, and I can get on with my life.

Related:
MST3K presents Santa Claus Conquers the Martians
Posted by Rich at 12:40 AM