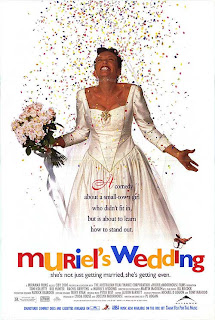 I haven't been to the Village East in awhile. It's a decent theater. Their selection is a mix of independent films and some Hollywood fare, with a lean towards the former. I remember liking their popcorn a lot. They used to host Rocky Horror nights, I think, before that moved crosstown to Chelsea. For awhile I used to always confuse the Village East, which is on Second Avenue, with the AMC on Third, until I devised a way to distinguish the two: odds and evens. Odds (Third and 11th Street) for the AMC and evens (Second and 12th Street) for the Village East.

I don't know why, but I never think of this place as being in the same class as the Angelika or the Sunshine, even though it definitely favors indies and foreign films. Maybe because it doesn't have quite the same reputation as those other art houses. I suspect it's not the first place one thinks of when one wants to go see an indie film in New York. Still, I've seen some good films there over the years, and I'd go there again.

I saw Muriel's Wedding there with Vija, when it first came out. I remember this, in part, because it was playing in the big auditorium, as opposed to the smaller screening room-sized theaters. This was one of the first movies I saw with her, though not the first; that was Whit Stillman's Barcelona, which I was eager to see with her because that's where we met. She and I were part of a painting class in Barcelona offered by my school the previous summer, and our friendship continued after we returned to New York.

I suspect part of the reason why I started 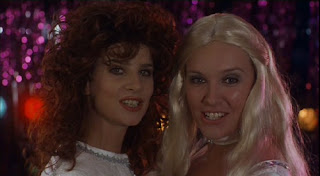 hanging out with Vija more - besides the fact that I genuinely liked her company - is because the clique I was part of in Barcelona kind of broke up. Jessica and Betsy stayed in Europe, continuing on to Paris, I believe. I think Sherri did too; I don't recall for sure. The point is, they didn't come back to New York right away. As for Shawn, my hotel roommate, we just fell out of touch. Can't explain it at all. It's not as if we suddenly didn't like each other anymore; I think it was more like the spell of being in a foreign country just wore off. It shouldn't be like that, but sometimes it is. Anyway, I found Betsy on Facebook months ago. We had dinner one evening. That was great.

So around this time I was still getting to know Vija, and one of the things I found we had in common (besides art, of course) was a love of movies. I quickly discovered that she favored indie and foreign films, and while I didn't have anything against them, I certainly didn't seek them out on a regular basis. It would be another year before I started down the road to being a film geek.

I learned about Muriel's Wedding completely by chance. I was up late one night and flipped to Jay Leno, and he had on as a guest a young Australian actress named Toni Collette, who I, naturally, had never heard of. She was there to promote Muriel, and I watched, more out of boredom than anything else. She talked about how she put on something like 20-25 pounds for the role of Muriel, and how the movie had a bunch of Abba songs in it. Then they showed a clip from the movie, which I actually found amusing. (It was the one where she and Rachel Griffiths go home with some dudes from a club and the dude she's with is struggling to get her clothes off and she's laughing hysterically.) That stuck in my mind, and when the film came out, I asked Vija if she wanted to see it and she said sure, and we both loved it.

For awhile, I followed Collette (and to a less 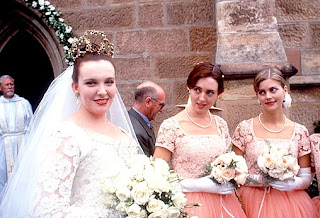 er degree, Griffiths) through her subsequent films. I was really happy when she got Oscar nominated for The Sixth Sense. It was as if I had made an investment in this particular actress, and that investment paid off. And then when Little Miss Sunshine hit it big, she was back in the spotlight, even if she didn't get nominated again. I have yet to see her in the TV show The United States of Tara, but I'm sure she's great in that too. She'll always be Muriel to me, though.

You ever have that happen - when you follow the career of an unknown actor who blows up after several years?
Posted by Rich at 9:35 AM