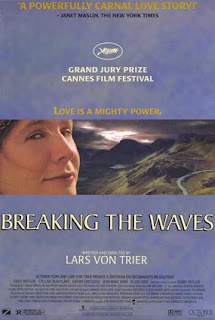 The following is a short list of some of the oddest things I've done for the women I've loved. One of them is fake. Try to guess which one it is!

1. I got into a shouting match with a guy bigger than me in the middle of Times Square (well, Port Authority, actually) that, if not for a cop coming along and breaking us up, would've easily become a physical fight.

2. I hitchhiked from Washington, DC to Boston when my Greyhound bus ticket got stolen. It was during the night and I remember sitting in a rest stop somewhere in Pennsylvania, spending my last quarter calling my pissed-off sister and asking her for money.

3. I gave away my entire collection of X-Men comic books. The girl in question, a comics fan, said she had never read the book during the 80s and my entire run was nothing but 80s-era books.

4. I tried learning a difficult and uncommon foreign language. The library only had one book on it and I struggled mightily with it for a long time before eventually giving up. (This was before Rosetta Stone came out.)

5. I willingly submitted myself to public humiliation and embarrassment at a midnight Rocky Horror screening.

Okay, perhaps none of these things are as extre 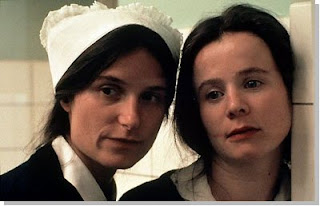 me as whoring myself out to complete strangers and describing the experience to my crippled lover, but to me they felt extreme enough. (Well, except for the one I made up just now.) And that's what love does to us, isn't it? It completely turns our heads around. All of a sudden we find ourselves in situations that we would never normally be a part of, doing things that we might've thought ourselves incapable of, or unwilling to perform, because we believe our lover is worth it, is worth the physical or emotional or mental challenge.

There are those who say that what we call love is a chemical imbalance, a strange alchemy within the brain that disrupts our normal neural pathways and prevents us from doing the things we're supposed to be doing to survive. I don't know enough science to be able to speak to that point, but we've all experienced that feeling of not being able to think straight because of that loved one, right? Sometimes, if it's intense enough, it can feel like a physical change - and we get to thinking we'd do anything for that person. Is it a delusion? A self-deception? Because after all, sometimes the object of our affection is unwilling or incapable of returning that affection. What do we do then? Is the only inevitable outcome... madness? 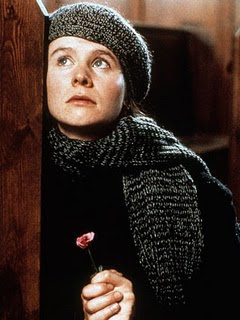 behind Breaking the Waves, one of the most emotionally intense movies I have ever seen. I'll never forget the first time I saw it. It was at the Angelika, a place that was still relatively new to me at the time. I wish I remember how I heard about the movie, because at the time I was only beginning to become a film geek and foreign films like this one still weren't a regular part of my viewing habits. I probably read a review in the Village Voice or someplace like that and was enthralled enough by the premise to go see it.

Actually, this might've been one of the first foreign films I'd ever paid to see (along with Secrets and Lies, which also came out that year). The Gods Must Be Crazy was probably the first foreign film I'd ever seen (either that or The Red Balloon), but that was part of a school field trip. I didn't start regularly watching foreign films until I worked in video retail in the mid-90s, so this definitely would've been one of the first that I'd seen theatrically around this time.

It hardly seems necessary to say that Emily Watson (no relation) had me sobbing before it was all over. For awhile, I followed her from one movie to the next (including seeing Waves a second time at the Angelika), though she has yet to match such a superlative performance. I have Waves on DVD, and I was going to watch it last night, but I was in a good mood and I honestly didn't want to depress myself with such a film. Besides, I've seen it so many times that I can easily talk about it from memory.

There are so many different aspects of this mo 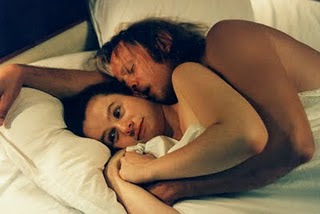 vie I could continue to talk about: the religious imagery and themes; director Lars von Trier and his penchant for making movies about female martyrs; the "Dogma95" school of filmmaking that von Trier led, exemplified by films like this; the soundtrack - but since the emphasis this week is on weird love stories, I'll conclude with this: Bess does the things she does because she believes it'll save Jan's life, even though there's absolutely no evidence that it will. She doesn't care about the cost to herself because she loves Jan that much. Is she nuts? Maybe. Naive and easily susceptible? Definitely. But when it comes to love, you can probably say that about almost anybody. Sometimes that's a bad thing... but not always.

(Highlight the text to see the answer to my little quiz. It's number two. My Rocky Horror story is coming, I promise!)

Previously in A Love Bizarre Week:
Bride of Frankenstein
Posted by Rich at 8:35 AM