How to manage this summer's blockbuster slate 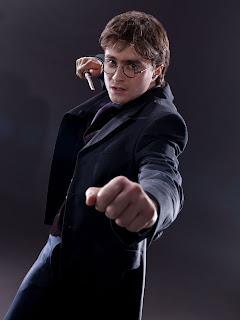 ...the big movies this summer are under pressure to produce big $60 million, $70 million, $80 million-and-above domestic openings. Start out to anything less than that, and they're putting huge pressure on the foreign market to help them achieve profitability. The domestic market might just be too crowded for big second- and third-week performances.

The record number of movie ads during the Super Bowl told the story -- studios, including Paramount, which has a number of big films on the summer calendar, weren't shy about ponying up $3 million a pop for 30-second commercial pods, given the Darwinian level of competition this summer.

But in this kind of summer, building huge awareness among moviegoers with big ad spending might not be the complete answer.

There's gonna be a whole lot of summer blockbuster movies this year. I mean, more than usual. We've never really noticed how far gone it's gotten these days, but the competition has gotten more and more cutthroat - and let's face it, they can't all make $300 million. (Just as an aside: I try very hard not to think about the obscene amounts of money invested in blockbuster films. I mean, the numbers are so far above what the average person deals with on a daily basis that it's perhaps easier to think of them in the abstract, like Monopoly money or something.)

Do you really need to see all of them? I mean, stop and think about it: you know that not all of these movies are gonna rule. And even if you do have money to burn on all of them, every week, is that a wise investment of not only your money, but your time? You still need to pay the bills and buy groceries during the rest of the week. And two hours of a crap movie are two hours you'll never get back.

That's why you need to ask yourself these five simple questions before you get ready to take on this summer's movie slate:

- Do you need to be the first kid on y 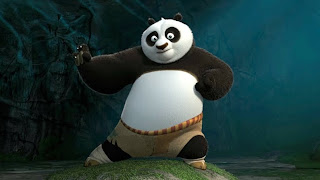 our block to see this movie? After waiting months, and in some cases years, the Big Movie is finally here. You've poured over every article, every interview, every new image associated with this flick and now it's here. But what if it sucks? More and more summer films these days are "critic-proof," meaning that people will see it no matter how badly it gets reamed by the critics. Now, if you don't care what Roger Ebert thinks of the Big Movie, fine. Listen to your friends instead. With social networking, it's become easier and quicker to get reactions from your peers about movies. If there's any doubt in your mind as to whether the Big Movie will be any good - and as fans, we always have some doubts that we're hesitant to admit to ourselves - find out what others are saying about it first; if not established, respected film critics, then your friends at the very least. Don't let passion and the desire for bragging rights sweep you up into an opening night frenzy only to leave you disappointed for the rest of the weekend.

- Do you need to see it in 3D? This has become, for better or worse, an increasingly bigger factor in the moviegoing experience these days. Now I could link to articles that talk about the futility of making truly successful 3D movies, but that may not do anything for you, so let me ask you this then: if you think that the Big Movie will suck, will 3D really make it any better? And if you think it'll rule, will it be because of the 3D, or because of the story and the acting and the special effects? How big a difference will 3D make in the Big Movie, and is it a difference you can live without, all other things being equal?

- Can you see it cheap? I love the thrill of seeing the Big Movie on opening night with a packed house of eager fans as much as anyone else. It can make a big difference in your enjoyment of a film, and if you go with friends, it's even better. But with evening shows costing $12-13 bucks without 3D, is that something you're gonna want to do every Friday? Look for matinee showings and other discount deals at your local multiplex. If it means seeing the Big Movie in the afternoon (or even morning), or on a weekday, well, what's more important: being first on your block to see the Big Movie, or protecting your wallet?

- Does this sequel look fam 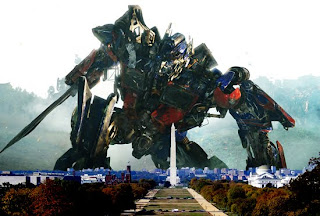 iliar? We got a lot of sequels again this summer, surprise surprise. Do they represent the natural progression and expansion of a story, or is it just more of the same old bullshit? This, I'll admit, seems like less of a factor these days. Most Hollywood sequels used to rehash the same stuff over and over again, but it appears as if more of an effort is being made to make them installments of a single narrative. Still, beware of those that offer little, if anything, other than recycled stories.

- How many levels of stupid will you put up with in the name of entertainment? We hear a lot about fans who insist that for certain movies, especially summer blockbusters, one needs to turn their brains off and simply enjoy it. You wanna do that, fine. I do it too. The last movie I paid money for knowing that it would be a piece of crap was Hot Tub Time Machine, but I did not care because I had a good time watching it anyway. However, if you plunk down cash for the Big Movie with this mentality, then you forfeit any right to complain about it. As fans, we love to complain when a movie goes south for whatever reason, and that's natural. But if all you want is to have fun with it - if that's all you want - it makes no sense to complain about plot holes and bad special effects and even worse acting because you deliberately chose to lower your standards when you paid to see the Big Movie. So when you decide which movies will get your $12 this summer, you need to make a conscious decision as to how much stupid you're willing to tolerate.
Posted by Rich at 8:35 AM