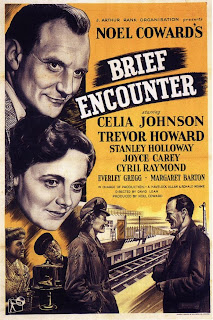 In recent years, there has been a flurry of development along the Brooklyn waterfront, with a combination of green space and high-rise apartment complexes. While the designs for all this new living space look nice, I wouldn't want to live there, though - it's a little too far removed from public transportation despite minimal efforts made to close that gap.

DUMBO in particular has become an art enclave not unlike Manhattan's SoHo. Amidst all the imposing warehouses and office spaces are galleries and studios and performance spaces. Last year I went to the DUMBO Art Festival for the first time, an entire weekend's worth of art and music, which is where I saw the Galapagos Art Space for the first time. I only stopped in briefly at the time - it was a packed house and there was a group of guitarists performing on stage that I listened to for a bit.

I didn't think I'd be back there anytime soon (not 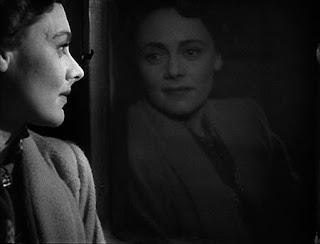 hing against the place; I just don't make it out to DUMBO that often), but there I was last Monday night, watching a special Valentine's Day screening of the film Brief Encounter. The film originally scheduled was Greta Garbo's Ninotchka, but there was a last-minute switch; I'm not sure why. Still, I could hardly complain when they replaced one great film with another. I was told that movies are somewhat rare at the Galapagos, and the schedule of events as presented on their website would seem to bear that out.

One big reason why I never come to DUMBO is all the construction. Some of the streets have been ripped up and are presumably in some state of repair, but this has been going on for a long time as far as I can tell. Between the cobblestones in some areas and the old trolley tracks peeking through in others, the DUMBO streets are hard enough to navigate without the construction.

Still, there are places that make it worth the trip. There are some nice delis, some restaurants (never been in them so I can't judge), and quite a few bookstores. While waiting for the Galapagos doors to open last Monday night, I went into one called PS Bookshop for awhile. Definitely my kind of place: towering shelves of used books in a big space, yet not as claustrophobic as Strand can be. I bought a Richard Wright paperback and walked out happy.

The Galapagos is a smallish theater/bar. The 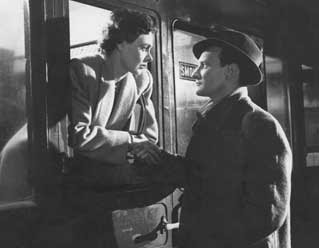 main stage is fronted by an unusual arrangement of circular tables and couches, with what appear to be artificial ponds embedded in various spots on the floor. Maybe that's meant to be evocative of the Galapagos Islands? Dunno. A center aisle bisects the floor and off to the left is the bar. I sat at a table towards the back. The lighting was very low; in addition to the dim house lights there were candles on the tables. Unfortunately, this wasn't anywhere near light enough for me to read as I was waiting for showtime. I actually tried holding the cup with the candle inside over my book, but that didn't get me far at all and the candle light went out in short order.

They served pizza for the show. I thought for four bucks I'd get a Pizza Hut-style pan pizza, but no, it was a relatively small single slice that was devoured in minutes despite my efforts to make it last.

Brief Encounter was as great as I remembered it, although there were a couple of dudes near me who laughed at some scenes that weren't meant to be funny. While I was disappointed at not getting to see Ninotchka again, I've seen it so many times that it doesn't matter. I suppose I'd go back to Galapagos again, but if I do, I'll bring someone with me and we'll eat dinner ahead of time.
Posted by Rich at 8:48 AM