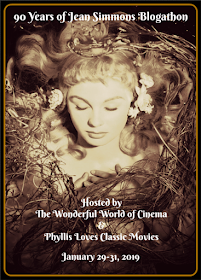 The 90 Years of Jean Simmons Blogathon is an event dedicated to the life and career of the actress, hosted by The Wonderful World of Cinema and Phyllis Loves Classic Movies. For a complete list of participating bloggers, visit the links at the host sites.

Admiral Norah Satie summoned me to testify at the inquiry regarding the possible presence of Romulan spies aboard the Enterprise. From what Dr. Crusher tells me, her reputation for integrity and fairness is known throughout Starfleet.

I don't expect my testimony to make much of a difference. I was one of several people within sickbay to interact with the Klingon exchange officer J'Dan. If he is a turncoat, he gave no indication to me, and that's exactly what I'll tell the admiral.

No one has any reason to suspect me of anything. 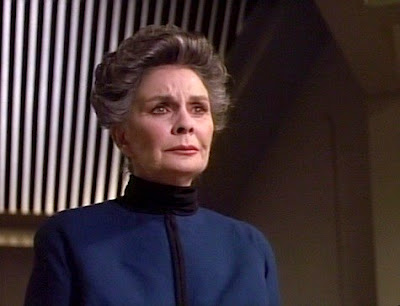 I just got back from the inquiry and my hands won't stop shaking. C'mon, Simon, relax. Deep breaths. You can do it...

No one told me a Betazoid would be there! That man's gaze, like a basilisk, probing my very thoughts... Counselor Troi is difficult enough to be around, and she's only half Betazoid!

As for the admiral... Captain Picard has a stern, severe manner to him, but he also has a compassionate side; I've seen it. Maybe Admiral Satie has it too, but you sure couldn't tell from looking at her. Dr. Crusher said she was fair, but what was fair about using a mind-reader at an inquiry? 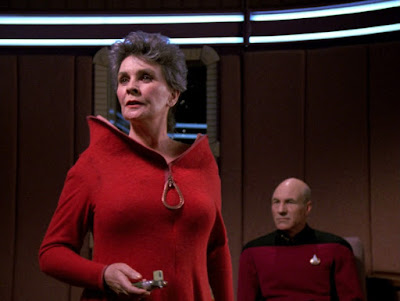 That's not right; I shouldn't say that, but... they're going to find out. And when they do, they're going to assume the worst, like everyone does, when all I want is to prove myself, on my own merits.

My record within Starfleet is good. Dr. Crusher can vouch for me; so can others. I just have to stay the course and not break.

No one has any reason to suspect me.

Barclay in engineering just told me he heard Admiral Satie tried to restrict my movements, but the captain wouldn't let her. The admiral seems to have reason to keep her eye on me, but I remain confident in my innocence. If there are conspirators other than J'Dan, they will be found and brought to justice. 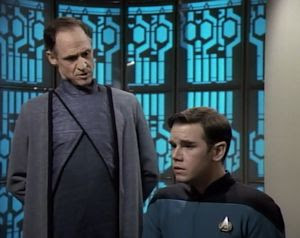 I knew it! I knew the admiral would find out during the inquiry, and now I'm finished. I should have seen this coming.

I never met my Romulan grandfather. Father never talked about him much. He wasn't in the military or the Senate and he's been dead for years, but try telling that to people who lived through the Tomed Incident, the Battle at Narendra III, even the Gorkon assassination.

Who wouldn't lie about their heritage when faced with that? Who wouldn't decide it was easier to avoid the stares and accusations by saying their Romulan grandfather was Vulcan instead? 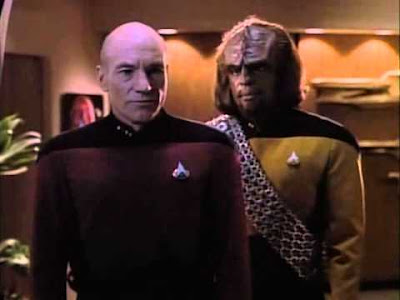 All right, it was wrong, but I had the opportunity to serve in Starfleet and I didn't want something so — petty to get in the way! I'd get a chance in Starfleet.

Who I was wouldn't matter anymore.

But in her crusade against Romulans,  Admiral Satie has changed all that.

Captain Picard came to see me earlier tonight and we chatted. I think he understood my situation. I didn't sugar-coat anything, not to him; I did lie about my grandfather's identity on my Starfleet application, and if that means I get kicked out... so be it. At least it will be for something I did, not for what my grandfather may or may not have done.

That's some comfort, at least. 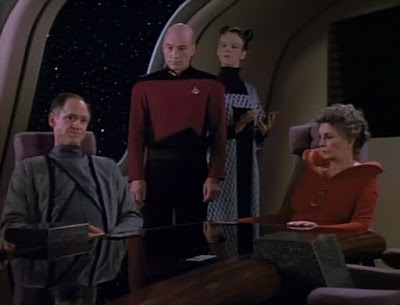 The inquiry is over and I still can't believe how it ended. When he was called to testify, the way the captain stood up to the admiral made me want to cheer, but in response, the admiral lashed out at him, calling him disloyal to the Federation and threatening to bring him down. Even Dr. Crusher was taken aback.

Admiral Satie hung herself with her zealous tirade and Admiral Henry called a halt to the proceedings. It's just as well. I didn't really believe there were Romulan spies on board.

Dr. Crusher and I talked afterwards. She said she'd do what she could on my behalf, but I expect to be disciplined in some fashion. 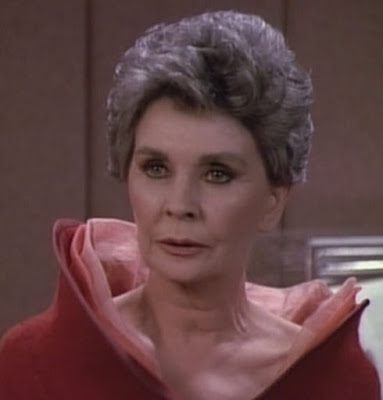 She said she felt sorry for Admiral Satie, but she was also ashamed at how  the inquiry escalated into a witch hunt. Dr. Crusher said the entire incident showed how far we as a species still have to go, despite how far we've already come.

I can't help but agree. 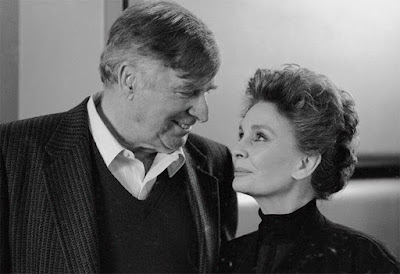