It’s all about Oscar

Wow, I missed the boat on a lot of movies this year, didn’t I? 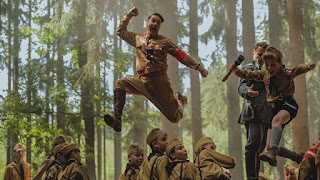 When I say I can’t see every Oscar-caliber new release that comes out every year, I’m not just playing around. I really can’t—and I no longer try. It’s too stressful, too expensive, and some movies just don’t interest me, at least at first. Plus, in recent years, I’ve lost interest in the whole Oscar horse race anyway—but I can’t deny the Oscar imprimatur on a film is worth something.

Especially these days. I’m still not used to this new Academy, that takes indie movies like Jojo Rabbit and foreign films like Parasite seriously in the Best Picture race instead of going for the usual awards bait every year. It’s exciting, and makes for a more interesting race, to be sure. 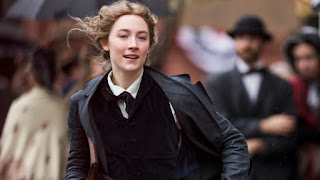 That said, my money is still on 1917 for the top prize. A thrilling story with breathtaking cinematography and assured direction by Sam Mendes, who should get Best Director too, it deserves to be the last film standing—though that’s now conditional on whether or not I see the ones I haven’t seen yet.

In the acting races: Antonio Banderas getting a Best Actor nod for a foreign language role isn’t terribly surprising; every once in awhile such roles break through, and the Academy loves Pedro Almodovar... Harriet was a film I was on the fence about whether to see it or not; nice to see newcomer Cynthia Erivo get the call for Best Actress... Hanks in Supporting Actor? The Academy actually gauged his role in Neighborhood correctly? Amazing... ScarJo in Lead and Supporting. Could she win both?... Yay Adam Driver; I kinda hope he wins Best Actor. Yay Saoirse Ronan; maybe she should keep making movies with Greta Gerwig. Yay Anthony Hopkins and Kathy Bates, even though I didn’t see their movies. I just like them. 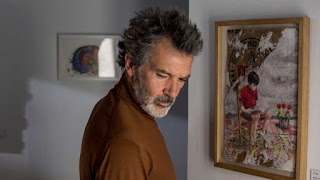 No Adam Sandler or Eddie Murphy for Best Actor, boo hoo. Whatever. That would’ve gotten a serious amount of buzz... I thought Noah Baumbach deserved a Director nod for Marriage Story, but at least his original screenplay is in the mix, as is Rian Johnson’s for Knives Out. That’s good... Kinda surprised Gerwig wasn’t caught up in all the love for Little Women... Really disappointed in the lack of love for Rocketman in general and Taron Egerton for Best Actor. I genuinely thought he had a legitimate shot because he was terrific... I had thought 1917 would easily take the two sound categories, but I think Ford v Ferrari will provide some stiff competition there... If The Lion King wins Visual Effects, that would be bittersweet indeed since its FX house, MPC, recently closed its doors... And no love for Cats? Awww... 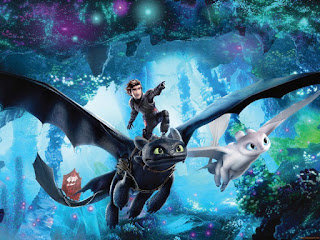 Which films might I try to see? I believe The Two Popes is on Netflix. I remember seeing the trailer for it, but it didn’t interest me at the time... Little Women is still playing in theaters; I know Virginia saw it with Ann last weekend. I didn’t think anything new could be said about this story; I had already seen the Hepburn and the Ryder versions. Guess I was wrong... Parasite might still be playing in the city, a movie I had never even heard of until a few weeks ago... I hope Jojo Rabbit gets re-released. I remember reading a capsule description of it and initially  thinking it was silly.
Posted by Rich at 3:13 PM