The Beyond Star Trek Blogathon is an event which spotlights Star Trek cast members, from all the shows, in different roles. It is hosted by The Midnite Drive-In and Hamlette’s Soliloquy. For a complete list of participating bloggers, visit the lists at the host sites.

On Star Trek: Voyager, Robert Beltran played Commander Chakotay, the first officer to Kate Mulgrew’s Captain Janeway. He was part of a group of renegades called the Maquis, Starfleet officers and ordinary citizens pissed off at the Federation for signing an unfavorable peace treaty with a former enemy. The Maquis expressed  their anger through terrorist attacks. Janeway was hunting down Chakotay’s group when they both ran afoul of a powerful alien being who sucked them into a distant part of space. To get back home, the Starfleet and Maquis crews must set aside their differences and work together.

BBC America reruns Voyager episodes, so I’ve watched it again in another attempt to find the good in the show, and I have kinda warmed up to it overall. Chakotay originally struck me as dull and little more than Janeway’s lapdog, and he has had his moments, but honestly, little has changed my mind on that score. A large section of the Voyager fandom have ’shipped him and Janeway, and there were moments where it looked like sparks might have flown between them in a Sam-and-Diane, will-they-or-won’t-they fashion, but of course, nothing came of it because the writers were adverse to permanent change. Don’t get me started on that. 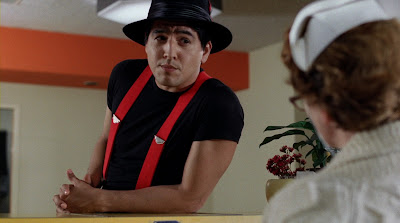 Beltran was notorious for his criticism of the show and the producers. This 2012 interview (part 1, part 2) encapsulates his biggest beefs. Perhaps it’s the ensemble format of a dramatic series that makes some actors uncomfortable—everyone’s protective of their characters and wants the opportunity for growth and change. One can hardly blame an actor like Beltran for feeling slighted if someone new comes along midway in the series’ run, as Jeri Ryan did, and completely upsets the group dynamic.

When Michael Dorn joined Deep Space Nine, I never felt it turned into The Worf Show, but then, everyone knew who Worf was from his years on TNG. The producers have said they wanted to create their version of Worf that would fit the identity of the show, and they did. Ryan was a new element, with sex appeal, no less, and while Seven of Nine was a legitimately good character overall, I do agree with Beltran that her development came at the expense of others. Water under the bridge now. 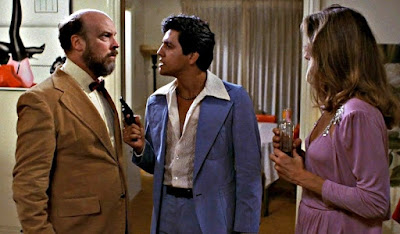 Long before he hitched a ride to the Delta Quadrant, though, Beltran was a young actor who made his debut in a hilarious movie from the 80s called Eating Raoul. Co-written, directed by and co-starring indie lifer Paul Bartel, it’s a delightfully subversive squares-versus-hipsters satire, the kind, sadly, that would be difficult to make in today’s over-sensitive climate.

Bartel and his megahot wife, Mary Woronov, play the squares: an LA couple struggling to make ends meet who dream of opening a restaurant. Their apartment building is filled with rich swingers—pre-AIDS sexual libertarians—whose wild ways piss them off. When they accidentally kill a swinger, Bartel and Woronov discover a way to make money off of them and rid themselves of the swingers at the same time. Beltran plays a thief posing as a locksmith who gets entangled in their scheme and makes a play for Woronov. 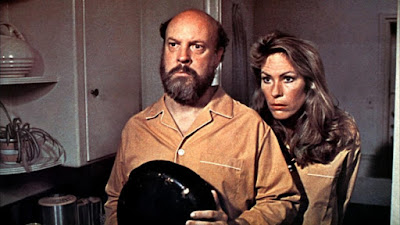 Given today’s combative political atmosphere, it’s easy to imagine a plot like that being taken seriously—just substitute “swingers” for “liberals”—but it could go the other way too, couldn’t it? Just substitute “squares” for “fundamentalists” and make them the objects of ridicule. That said, no one is completely innocent in this story. One might feel more drawn towards the swingers, but they’re rapey towards Woronov and manhandle her at almost every opportunity—and the protagonists are clearly intolerant towards the swingers, as nice and decent as they appear to be on the surface.

Beltran is terrific: charismatic, wily, oozing with sex appeal. If this was a film noir, he’d be the femme, or should I say homme, fatale. On Voyager, lip service was given occasionally towards Chakotay being a edgy character, but any edge he may have had was sanded off before the end of the first season. There have been many times when I wished he had a little bit of Raoul in him—not a lot, just a little, because I think Chakotay must have been that way as a Maquis: principled, but willing to bend or even break the rules to get what he wants. He fell into step with Janeway a little too easily, too quickly. What if, for instance, he tried to play her for his own ends, the way Raoul does with Bartel and Woronov? But now we’re getting into the realm of speculation.

Raoul is funny and relevant and well worth your time—and if the title doesn’t seem to make sense at first... keep watching.