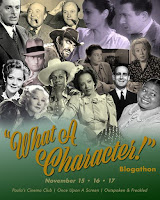 
This is Una O’Connor.

And this is where she’s buried. 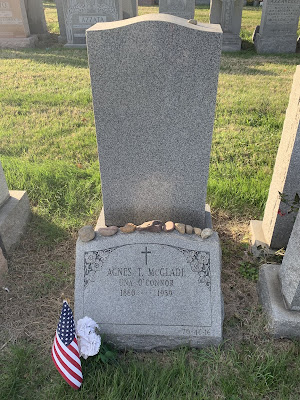 Yes, sports fans, you’re witness to another first here on WSW: my first visit to a celebrity grave! I didn’t plan to do this, but when I discovered, quite by accident, that this Golden Age character actress who had appeared in so many great movies was buried here in Queens, I thought it’d be nice to “pay her a visit,” so to speak.

Queens has, like, a million cemeteries. It’s ridiculous how many we have—and people more famous than O’Connor are buried here. Perhaps one day I’ll do a follow-up post. The graveyard I went to was Calvary Cemetary, a huge tract of land in the southwest portion of the borough, visible on your way to the Queens Midtown Tunnel into Manhattan.

I’ll spare you the difficulties I had in finding her grave (basically, it felt like this) and cut to the chase. Not only was this my first celebrity grave, but I’m fairly certain this was my first time in a graveyard that wasn’t on a dare. My family tends to prefer cremation over burials, and I can’t recall attending a graveside service for anyone, so yeah. At one point I remembered I was walking over the remains of those who used to be alive and I was a tiny bit... unnerved. But only for a moment. 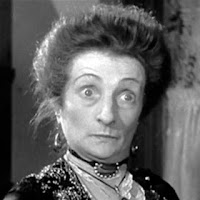 O’Connor’s stone, as you can see, is nothing special; no graffiti like on Jim Morrison’s grave, no fans gathered round to sing songs or whatever like Elvis. Strawberry Fields in Central Park isn’t where John Lennon is buried, but the many fans who come there daily treat it like his grave; fresh flowers are arrayed around the Imagine Mosaic every time I pass by and somebody’s always there playing his music. I did not expect such things here and I’m glad there wasn’t. It was just me and O’Connor’s marker, with her real name, Agnes McGlade, carved on it. Made it easier to focus on her.

I’m not the religious type, so I didn’t feel the need to pray or anything. I just took a moment to think about O’Connor and all the times I adored her in the movies...

Born in Belfast in 1880. Studied at the Abbey Theatre’s School of Acting, where she took on her stage name. Theatrical work in Dublin, New York and London throughout teens and twenties. Made her film debut in 1929 in the British feature Dark Red Roses, followed by Hitchcock’s Murder! a year later. Struggled for recognition until Noel Coward hand-picked her for a leading role in his play Cavalcade in 1933. Hollywood kept her for the film adaptation and her career took off from there.

Best known for playing saucy old broads with a wry sense of humor. A standout visibly as well as audibly: big round eyes and a, um, characteristic nose coupled with a sharp voice that was usually accented in either Cockney English, Scottish, or her own Irish brogue. If she was around today, she’d be right at home in a Mike Leigh film. Tiny (five foot two) yet never at a loss for presence, whether sharing a scene with Errol Flynn or Tyrone Power or Boris Karloff or Olivia de Havilland. Her characters were the ones you wanted to know more about, maybe even hang out with for awhile.

I didn’t have much to say, so I snapped a few pictures of her grave (it felt wrong to take a selfie at a graveyard somehow, at least under these circumstances) and started the long walk back to Queens Boulevard.

O’Connor died of heart disease at 78 in 1959. She had been a US citizen for seven years and had lived in Manhattan. Never married, never had kids—and rarely broke free of being typecast as servants, but that was okay with her, according to this quote from the old New York Herald-Tribune:


...There’s no such thing as design in an acting career. You just go along with the tide. Nine times out of ten one successful part will set you in a rut from which only a miracle will pry you.