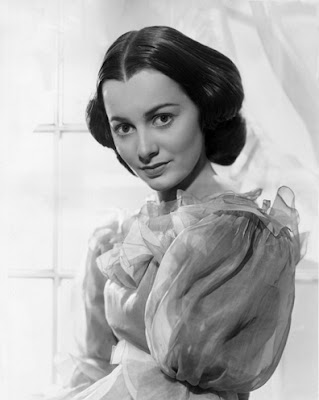 "...I feel like a survivor from an age that people no longer understand. I want to try to explain what the 1930s – the golden age of Hollywood – was truly like. People forget that America was such a different place then, not yet the dominant force in the world. I also want to explain how different the sexual mores of those times were.

"And to recall what it was like to be a star in the studio system. How you were a great celebrity but also a slave. How I had to present myself to make-up by 6.30 am and work until late in the evening. How I had to make five movies in my first year. How whatever private life you had left to you didn't belong to you but the studio publicists."

Every once in awhile I'll post some interviews I like. Here's an absolute must-read conversation from last year with one of the last silver screen legends from the Golden Age, Olivia de Havilland, as she talks about, among other things, the studio system, the making of Gone With the Wind, and her relationship with Errol Flynn.