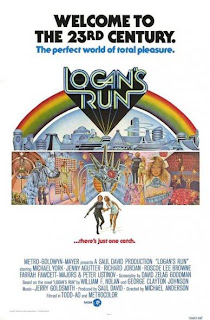 I recently spent some time living in the Midwest - Columbus, Ohio, to be precise. It's way more than Ohio State football; it's got a thriving art scene, fine food, lively music, and lots of other cool stuff. It's a wonderful little town that I still miss. When it comes to movies, Columbus has a good selection of theaters to choose from - obviously, nothing can compare to New York, but if you don't mind waiting a few extra weeks, many of the top new independent and foreign films make it there. In addition, there are venues for classic revivals, mostly during the summer.

The Drexel East Theater in suburban Bexley was perhaps my favorite theater in the Columbus area. There used to be several other locations, but they closed. The Bexley is the last one. Located on a tree-lined Main Street just outside of downtown Columbus, it's got an old-fashioned marquis with lettering put up by hand (just the way I like it) and a distinctive art-deco vertical sign. Next door is a cafe that's also part of the Drexel; one can go to it directly from the theater without going out the front door.

I used to love riding my bicycle down to Bexley. It was easy to get to and it's a beautiful neighborhood. There are more national and regional franchise eateries than local ones, but many of them at least were places I'd never heard of before coming to Columbus - and the local ones are choice. (I particularly loved eating at a joint called Bexley Pizza Plus that served the most delicious personal pan pizzas.) One drawback to the area, however, is the intolerance for bike riders that many car drivers seemed to have, especially when I'd ride up Main Street. Columbus, like many American cities lately, supports biking with increasing frequency, however a lot of other people still think driving a car gives them the right to rule the road... but that's a rant for another time.

In addition to movies, the Drexel hosts special events from time to time, and one of them is the annual Ohio 24 Hour Science Fiction Marathon. The films generally run the gamut from well-known hits to lost treasures and foreign imports, and if you can stay up the entire 24 hours, it can be a lotta fun. I was quite fortunate to have won a ticket to the 2009 edition (the 26th one). Logan's Run was one of the many films screened at the session; there was also Star Trek II, Robocop, The Thing From Another World, some Japanese stuff, a horror film from Spain, and more.

I can't say I care much for Logan's Run. It never struck me as visually appealing, the lead characters are bland, and the story loses interest for me after awhile. (And then there's the fact that this supposed future world is filled with nothing but straight white people, but let's not get into that...) I picked it as the feature for this post, though, because I may want to write about films like Star Trek II and Robocop at some future point.

I pedaled to the theater about a half hour or so before the noon start and the line was out the door and down the block. I thought I could sneak food in, but I couldn't. I had to leave my chips and hero sandwiches at the box office - but at least I got them back! (Food wasn't a problem; the cafe supplemented the concession stand for the marathon.) To say the crowd was lively and upbeat would be an understatement. This is an Ohio tradition and every year it's treated as an event almost as big as a Buckeye game.

I started dozing off sometime around one or two in the morning, but it was always in brief spurts, and besides, whatever was playing at the time didn't interest me. I was determined to stay up for Thing and Trek II, though (Trek II was the last film). I made it, but man, was it a challenge! I was a bit afraid afterwards to bike home, bleary-eyed and sluggish as I was, but somehow I made it. Would I do it again? I suppose so... though I might prepare for it a little better.
Posted by Rich at 4:14 PM