The first movies out the theatrical gate: what to expect? 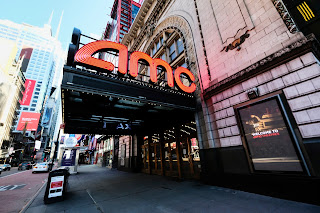 ...Exhibitors’ intentions will still need to clear the authorities in key places like New York City, Los Angeles County, and the city of San Francisco. Theater sources claim they expect to be allowed to operate by July 10, but the really meaningful date is July 24 — and in any event, those major-city locations typically represent less than 10 percent of the total national business.

So this was expected to be the month movie theaters would reopen nationwide after the quarantine forced a temporary shutdown—and it may still happen. No matter when it does, the fact is it has to happen; too much money is at stake for the studios, the filmmakers, the distributors and the theaters themselves to remain out of business for much longer, and while professional sports like the NBA and the NHL tentatively plan to restart without audiences, Hollywood still needs the theaters and the patrons that come with them.


...Seat capacity restrictions, social distancing efforts, commitments to health, new intensified cleaning protocols, contactless ticketing and expanded mobile ordering of food & beverages are all vital elements of AMC Safe & Clean. Importantly, too, we also have invested millions and millions of dollars in high tech solutions to sanitation, disinfection and cleanliness, such as the ordering of electrostatic sprayers, HEPA filter vacuum cleaners and MERV 13 air ventilation filters wherever we can.

After some controversy on whether or not masks would be mandatory for patrons, AMC decided to insist on requiring masks. Other chains are following suit.

Here in NYC, the second phase of our reopening plan is in effect, although movie theaters are not officially included in this phase, and won’t be for awhile. I don’t need to explain to you how vital the New York market is. This is all uncharted territory, so things could change even more than they already have... but for now, let’s look at some of what we’ll see when we do come back to the theaters. Links to the trailers are in the titles. 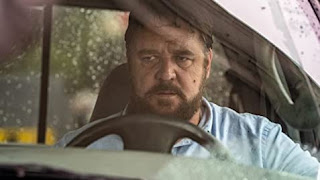 —Unhinged is a mid-sized urban thriller with Russell Crowe that looks like a cross between Duel and Cape Fear—with a hint, perhaps, of the Michael Douglas movie Falling Down. At first glance, this looks like a guilty-pleasure movie, the kind you would not expect as part of a summer movie lineup, but in an election year, where you-know-who continues to find new and original ways to appease straight white males nationwide in the wake of renewed support for women and people of color, is this the right movie at the right time? Art does not exist in a vacuum, and unfortunately, I find it difficult to separate a film like this from the current political discourse. I’ll pass. 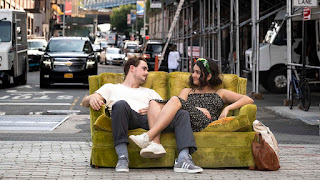 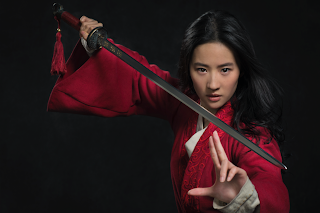 —Mulan, on the other hand, is my idea of girl power! I never saw the animated original, and if you had shown me the trailer for this without any mention of the name Disney, I would’ve camped outside my local theater overnight to ensure I got tickets. I still can’t believe this is from the House of Mouse and it’s not a Marvel or Star Wars movie. I’ll wait for the reviews before I decide for certain if I’ll pay money for it (which won’t come out now until August 21 after a prior July 24 date), but I actually find myself hoping it does well. I don’t expect it to be Crouching Tiger Hidden Dragon, but it might be entertaining. 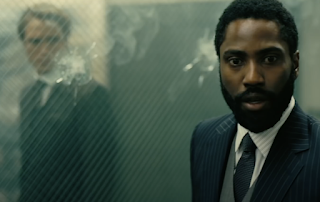 —And then there’s the big kahuna. Christopher Nolan addressed European exhibitors last month and reassured them that Tenet, which now got pushed back to August 10 after release dates of July 17 and July 31, “is a film whose image and sound really needs to be enjoyed in your theaters on the big screen”. At the same time, though, some are questioning whether this film really will be the Chosen One to restore balance to the Force:


...Even presuming the “time inversion” actioner is suitably crowd-pleasing, how kid-friendly is it? And even if it’s safe for kids, will audiences risk danger and/or brave non-ideal theatrical experiences to see it twice?... Its appropriateness for kids matters since otherwise interested adult moviegoers may not feel comfortable, for financial and/or safety reasons, hiring a babysitter to for kids too young to enjoy the PG-13 action thriller.... unless things dramatically improve, in terms of available treatments, declining infections and/or the general populace’s willingness to wear a mask, it’s harder to fathom people risking peril to see Tenet multiple times. Repeat business is usually key to blockbuster-level business, and lord help Warner Bros. and friends if Tenet is the sort of movie that benefits from a second viewing.

It’s a fair point, especially when even the actors aren’t completely sure what it’s about. Might we be suffering a case of the emperor’s new clothes? I hope not—but it would not be the first time a filmmaker’s reach exceeded his grasp and served up a cinematic bomb. Nolan is due for one, or at least for a movie that simply does not connect with audiences. We shall see.

I’ve been getting by. Still writing that SF manuscript I mentioned last month, and making good time with it. I still visit my local park once a week and get a little exercise. I talked to Vija on Zoom; she and I, along with mutual friends, talked movies. She had seen Bergman’s Smiles of a Summer Night on TV; it’s more accessible a film than something like Persona, but I thought it was little more than fluff.

I saw Ann in the flesh for the first time since this all started. I went to her house—she also lives in Queens—and we had a late lunch, ordering from a local restaurant doing takeout only. We watched the movie Pan’s Labyrinth on Netflix and she really dug it. (I had already seen it; excellent work from Del Toro, still his best film.)

This was the first time I had ventured far beyond my neighborhood in months and was relieved to see for myself the rest of Queens had not turned into Mad Max. In fact, given the pleasant weather, one could almost have been fooled into thinking it was a normal day. I was surprised at the number of small businesses still open, though not all of them were essential (99-cent stores?) and I even saw a few soccer games in a park.

I couldn’t help but fear for those soccer players’ safety, not to mention my own. I gave them a wide berth. When I told Virginia about it, she suggested that soccer, at least, is not a full-contact sport like, say, football. Small comfort. They weren’t even wearing masks.

Hope you saw the news about the Loews Jersey City getting a fully-funded renovation. So glad to know that place will have a future when The Virus is dealt with.

Enjoy the holiday weekend. I’ll be back on July 9 for a month of classic indie movies.
Posted by Rich at 7:00 AM