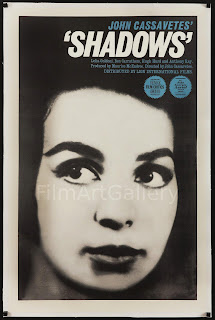 “Independent film” has become a loaded phrase these days, and it  may mean one thing to you but something else to me. Is it simply a matter of working outside the Hollywood studio system? Maybe, but then why are so many smaller boutique studios owned by the majors still considered indies? Is it measured in budgets? If so, what’s the upper limit for a budget before a film no longer becomes “independent”? Is it an aesthetic, an attitude, a frame of mind? If so, who determines it? Is it a matter of distribution? Maybe, but these days it’s possible to see an indie at the local multiplex, at least in big cities.

I remember wrestling with similar issues during my years in the comics industry and I never found the answers there. With the movies, it’s probably even more knotty and tangled.

Ultimately, I can’t say I care one way or another beyond a certain point, but I think some filmmakers and some films are and will forever be associated with alternative cinema in America because of either their approach to filmmaking or their themes or their budget or any combination of the three—and it’s these films I’m gonna look at this month and possibly next month too.

For the sake of simplicity, I’m gonna focus on the 50s to the 70s; maybe the 80s if I feel like it. We have to begin somewhere, and for me, if we’re talking independent film, we have to begin with John Cassavetes. 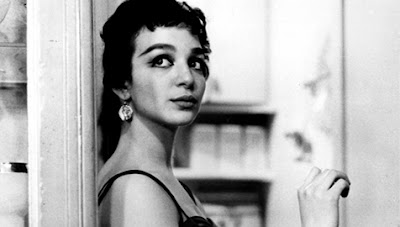 You may know him as an actor first, a graduate of the American Academy of Dramatic Arts in Manhattan. He was Mia Farrow’s husband in Rosemary’s Baby, of course, but his acting career began in the 50s, in theater, film and television. He had his own TV show for a brief period in the 50s, a detective series called Johnny Staccato. He directed a few episodes.

Method acting may have been the in thing during this time, but it wasn’t for Cassavetes; in fact, he taught a workshop that emphasized character creation over filling in a backstory. During his workshop sessions, one skit emerged that he liked enough to want to expand on further: a light-skinned black woman dates a white guy, but he freaks out when he discovers she’s black. 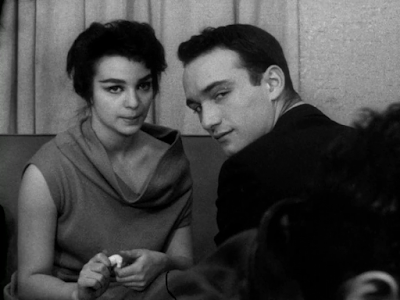 One night Cassavetes was promoting a Hollywood movie he was in on a New York radio station, and when he told the audience about his workshop idea and how he was looking for funding to turn it into a movie, the listeners liked the idea enough to send him money, to the tune of $2000. He raised some more through industry friends, including director William Wyler and even gossip columnist Hedda Hopper, and in 1957 Cassavetes laid the groundwork for the film, to be called Shadows.

I have some experience in acting; I took a class at the Actors Studio in Manhattan, learning the Method that Cassavetes disdained. Improvisation was not my strong suit by any means; if I had kept further at it, I might’ve gotten more comfortable with it; who knows? Still, I can appreciate what it takes to build a character through improv. 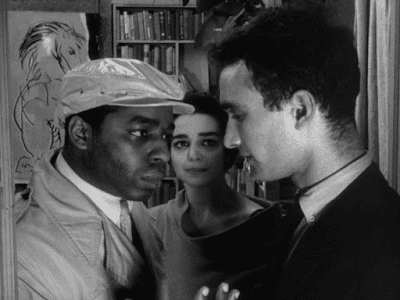 You’re putting a part of yourself on display, however disguised as a character it may be, in a more fundamental way than if you were merely interpreting a role like Willy Loman or Blanche Dubois or what have you. You don’t have another writer’s words to guide you, to give you clues as to how to perform this character; you have to rely on your own instincts instead, and that can be a little frightening. Not everyone can hack it, which is why you need an instructor who can help mold your instincts and provide direction and support.

Shadows was shot all around Manhattan, including Cassavetes’ apartment, on 16mm, and no, they didn’t have permits. Street noises often got in the way of recorded dialogue, and all of the exposed film was printed. Editing took over a year, and Cassavetes had to juggle work on this picture with his acting commitments in other pictures. 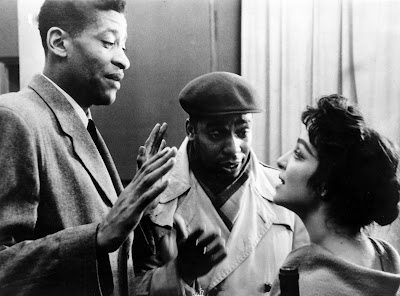 Midnight screenings at the Paris Theater in Manhattan in 1958 went over poorly, and Cassavetes radically reworked the movie, writing new scenes and reshooting with his cast. In 1959, he put together a new cut and rescreened it. Though some preferred the original cut, Cassavetes went with this new version.

Looking at Shadows now, it’s easy to find the roots of later filmmakers, from Scorsese to Jarmusch to Lee to Kevin Smith and more, not to mention the French New Wavers, who were emerging at the same time: the naturalism in the acting, the layered dialogue, the on-the-run location shooting, the use of music in the soundtrack. 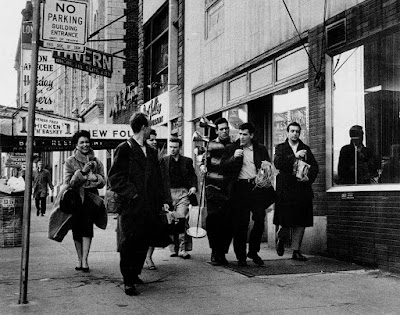 This kind of filmmaking isn’t without precedent: this video establishes the connection between Cassavetes and the Italian Neorealists. Also, the indie picture Little Fugitive, from six years earlier, has a similar visual aesthetic. As film got cheaper during this period, movies became easier to make and new ideas were able to be put on celluloid, but with Cassavetes, you were also seeing a new approach to acting on film that made his movies stand out from the pack.

It’s also worth noting how the black people in Shadows come across as real and neither stereotypes nor paragons. Here’s a Cassavetes interview that acknowledges how these characters were closer to his own experience, as a white guy, than perhaps some people thought at the time, other blacks as well as whites.

Shadows holds up nicely; it’s relevant, it feels thoroughly modern, and it’s a radical departure from the Hollywood mainstream.
Posted by Rich at 7:00 AM