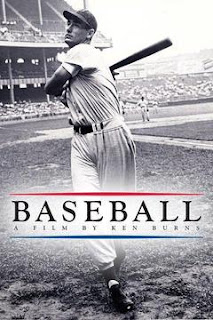 These past few weeks have been a trial for me, as I imagine they have been for you and everyone else, and the light at the end of the tunnel is still far off in the distance. This blog didn’t feel all that important for awhile... but seeing other people adjust to the current change in the status quo, and using technology to do it (this has been a pleasant discovery, for example), has been comforting, and I feel ready to get back on the horse with WSW, at least for now. Here’s hoping you and yours are safe and well during this tumultuous period.

Among the many things we’ll have to do without for awhile include sports in general, and baseball in particular. Major league ballparks across North America are currently silent when they should be loud and raucous right now—and because of that, documentarian Ken Burns recently petitioned PBS to rebroadcast on their website his original nine-part (now ten-part) miniseries Baseball. I watched the whole thing when PBS first broadcast it back in 1994, and seeing it again brought back pleasant memories. 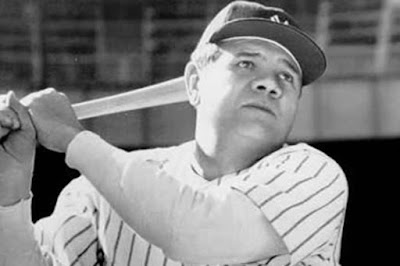 Burns, a Brooklyn native raised in different parts of the world, first got bit by the filmmaking bug at 17, when he got an 8MM camera for his birthday. He lived in Michigan at the time, and he shot his first documentary about an Ann Arbor factory. In college, he majored in film studies and design and also learned photography. 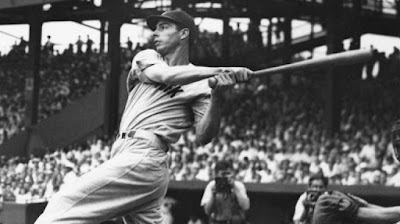 He co-founded his production company, Florentine Films, in 1976, a year after graduation. After working on shorts for himself and as a cinematographer for others, he made his breakthrough film, the Oscar-nominated Brooklyn Bridge, in 1981. Over the years, his lengthy docs, including such hits as The Civil War, Jazz, and The Vietnam War, have netted him fifteen Emmys and many other accolades. 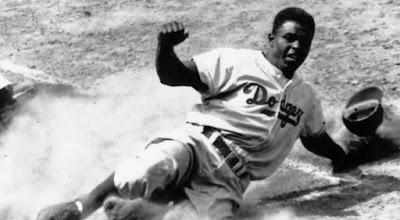 Baseball won the Primetime Emmy for Outstanding Informational Series. I find several things appealing about Burns as a filmmaker: the drama within his narrative (he co-wrote Baseball with Geoffrey C. Ward), especially when juxtaposed with the images; his use of music, his pacing. 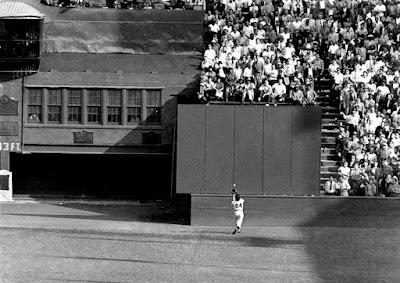 I suspect his docs are as long as they are because he wants to get his subject matter as right as he can, to treat it with as much care as he can. I was never bored watching Baseball—and while that was partly because of the subject, it was also because he knows how to draw you into the narrative and sustain interest. 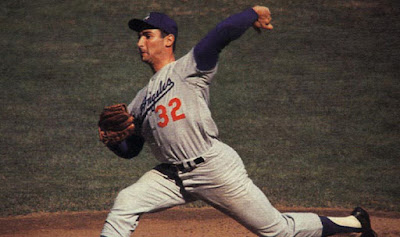 Baseball is about way more than the game. It’s a chronicle of American industry, culture, race relations, labor, lots of things. Some of the game’s players, executives, and media people are interviewed, but so too are people from other walks of life, people who you wouldn’t associate with sports, never mind baseball, and their contributions are insightful and entertaining. 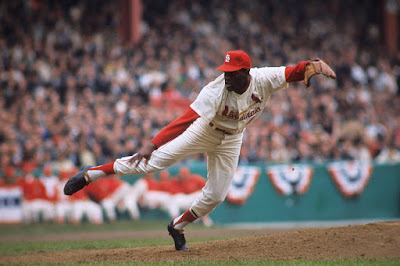 The story of the Negro Leagues and the coming of Jackie Robinson gets plenty of attention. Former players, plus Robinson’s widow Rachel, tell tales about the black ballplayers, known and unknown, that played the game in the shadow of segregation; about what Jackie meant to players and audiences alike, as well as the great burden he carried as the trailblazer; and about Jackie’s legacy. Burns’ reverence for these players and this piece of history is easily felt. 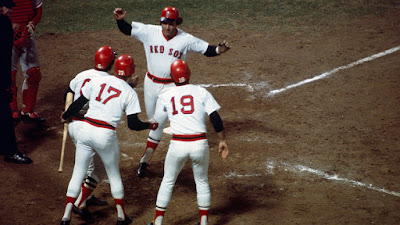 Fans probably are familiar with the players’ struggle to achieve free agency that culminated in the 70s, but Baseball shows how long a battle it actually was, citing precedents as far back as the early 20th century that reveal how fed up the players have always been with management when it comes to earning a living wage. 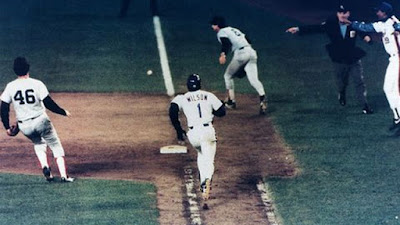 And of course, we get so many great stories about the players and the games. Many of them seem improbable in hindsight—the way certain matchups unfolded, circumstances off the field that had a bearing on the action, the back and forth of lead changes, the contributions from unexpected heroes, the tension of extra inning contests. Such events, told and re-told through the years, have taken on the status of legend.

Baseball is an absolute treasure, a doc that tells the truth about the game, good and bad. If you’re a fan, you never want it to end.
Posted by Rich at 3:08 PM