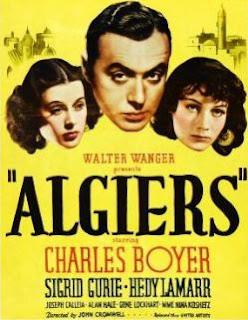 In Jeanine Basinger’s book about the Old Hollywood approach to creating movie stardom, The Star Machine, she says that Charles Boyer “was every American moviegoer’s idea of Big-time French.” I imagine he came across as pretty exotic and cosmopolitan to audiences back then, like Maurice Chevalier and Jean Gabin. These days, when I think of French thespians, I tend to think of the ladies—Catherine Deneuve, Brigitte Bardot, Audrey Tatou, Juliette Binoche—before any fellas.

Even before the actors, though, I associate French cinema with the directors who came out of the New Wave era: Godard, Truffaut, etc. Call it a cultural shift, one where who makes a film became as important, if not more so, than who’s in it. The French were greatly responsible for that. Now that’s big-time.

I can’t say I know a great deal about Boyer beyond what I’ve read. MGM originally wanted him to do foreign-language versions of their English language hits, but once dubbing was used, duplicates became unnecessary. Hollywood still wanted Boyer, but he had to improve his English first (he could speak five other languages and made movies not only in France, but Germany too). He came back to Hollywood in 1934 and once it was determined the ladies in the audience responded to him, that’s when his stardom in America took off. 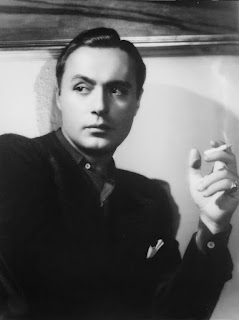 Algiers was the film that put him over the top. Set in the North African city in Algeria, it focuses on a French criminal who, after pulling off a major jewelry heist, set up shop in the seedy criminal quarter known as the Casbah and became a big-shot there for years. The cops could never touch him because he was so well-protected, but now they have a plan, which comes right as Boyer feels restless and is ready to leave the neighborhood he may rule like a king, but which has also become a prison to him.

The Casbah was in pretty bad shape even before this year. UNESCO declared it a “world heritage site” and efforts have been made to preserve it, despite the political upheavals of recent decades. This New York Times article goes into more detail. Plus, here are some first-hand accounts of the current state of the neighborhood. 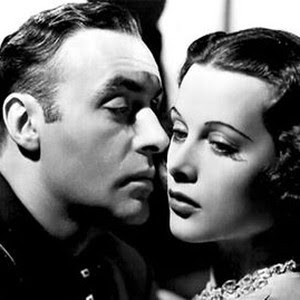 It was hard to not look at Algiers through 21st-century eyes. I didn’t completely buy the cliche of glamor-girl Hedy Lamarr falling for bad-boy Boyer, though I did accept him falling for her. She represented the France he missed after being away for so long and believed he could recapture again—the movie hammers this point home pretty well. (I liked the line about how she reminded him of the subway.) I was reminded of Casablanca: foreigner in a foreign country he has learned to call home gets hung up over a girl who reminds him of the past but represents danger. Setting plays a vital role; as does local law and order.

Basinger discusses what made Boyer a star in his day:


To American audiences, Charles Boyer seemed the perfect lover for many reasons, Algiers chief among them. But women also thought he was a gentleman.... he had that gentlemanly quality, that elegance, that sense that he was offering his arm to a lady. He was an exotic French lover Americanized, democratized, and because of that, he seemed to be perfect to play in support of female movie stars.

Boyer seemed like a cliche to me only because his type had been imitated and parodied many times since Algiers. Sometimes it really is necessary to attempt to see an old movie the way audiences of its time saw it in order to appreciate it better. I haven’t mastered that ability yet.


A brief word about Lamarr. Much has been written about her prowess as a scientist and her contributions to inventions that still impact modern society. This was the first time I had seen her as an actress, and I can’t say I was bowled over by her. She wasn’t bad, but she wasn’t distinctive in the way a Garbo or a Dietrich were. She was gorgeous, but that was the extent of it. I probably need to see more of her films. If it weren’t for her, though, I couldn’t write this post for you to read on the Internet, so there’s that. Last year, Deadline announced that Gal Gadot would star in a biopic of Lamarr.