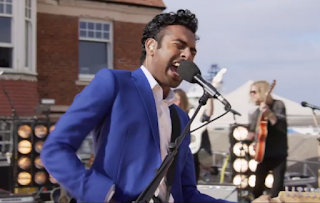 I’m taking a longer summer vacation than usual to catch up on my fiction writing. If anything eventful happens, or if you wanna talk, I’ll be on Twitter (@ratzo318), but otherwise, I’ll return here on July 12.

Add the City Cinemas Paris in midtown Manhattan to the endangered species list for movie theaters in New York. I haven’t been here much, but it’s a gorgeous one-screen theater that feels both modern and old school. I even remember the first film I saw there; it was Polanski’s Death and the Maiden, with Sigourney Weaver. Also saw Life is Beautiful. In recent years, I went there a few more times with my movie-going crew. Don’t know if I’ll make it back there this summer or not, but if it folds, New York will have lost another cinematic treasure.

Not much else to say right now, so let’s go straight to the links:

Gill discusses an Australian TV show that was a launching pad for a number of future film stars.

Ruth reviews a book about a group of Bela Lugosi B-movies that may have more to them than meets the eye.

Toy Story and the nature of consciousness and individuality. (SPOILERS)

The surge in biopics and other films featuring popular music is fueled by branding.

The Lion King remake challenges the meaning of “animation.”

Robert De Niro is building a new studio in Queens.

Sony named a theater on their lot after the late John Singleton.

A film composer discusses his craft.

What is the top Canadian film of all time?