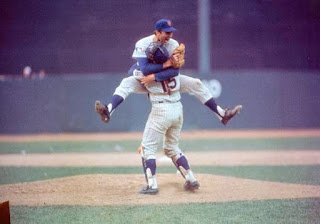 This weekend, members of the 1969 World Champion Miracle Mets team will gather at Citi Field here in Queens, for what may be the last time in such a formal setting, to celebrate the fiftieth anniversary of the summer they accomplished what many thought was not only improbable, but just plain impossible.

In 1969, the Mets were an expansion team not even a decade old that had known nothing but futility for their entire baseball life — and I mean epic futility. In 1962, their first year, they lost 120 games, and were only marginally better in subsequent years. Still, they had a lovable charm to them that New York embraced. Then they acquired some legitimate talent, as well as a manager who refused to tolerate losing, and dreamt of becoming a contender, but no one expected the leap forward they made in that summer when men walked on the moon and anything seemed possible.


In the new book After the Miracle: The Lasting Brotherhood of the ‘69 Mets, outfielder Art Shamsky, writing with Erik Sherman, interviews his teammates on that season, and this quote from shortstop Bud Harrelson sums up the difference that signaled a change in the Mets’ fortunes:


“We started believing in ourselves,” Harrelson said. “Guys were starting to look and act like professionals—not like a bunch of little kids anymore. There were still things to work on, but looking ahead, some of us were like, We can do this. It was no longer a case of thinking, Someday we may win. Our growth was coming a lot faster than we imagined. There were times when I looked at some of the talent and was like, God, look at what we have here now.”

I wasn’t born when the ‘69 Mets won the World Series, but I’ve read and seen plenty about that team even before this year, and while my heart belongs to the 1986 championship team, the magnitude of what the ‘69 team accomplished is not lost on me by any means.

I think any Miracle Mets movie would have to integrate the spirit of the times as well as the baseball stuff, not just in America but in New York. It would need lots of humor, but it would also need to capture the character of the old New York and what it was like to live here at the time, both bad and good. Ultimately, it would have to transcend baseball, because that team inspired people nationwide in a way few professional sports teams do. Perhaps Adam McKay could direct?

Until that happens, here are some movies that reference the ‘69 Mets in some fashion. 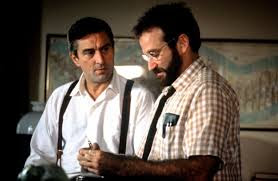 - Awakenings. Based on the true story of the doctor who worked with catatonic patients and discovered a way to revive them, this takes place in 1969. There’s a scene where a patient is told about the Mets winning the World Series.

- The Groomsmen. The pride of Woodside, Queens, Edward Burns, is working with ‘69 Mets Hall of Famer Tom Seaver on a documentary about him and the team. In this indie comedy Burns directed and starred in about an impending wedding, there’s a subplot concerning a Seaver rookie baseball card. In 1969, Seaver went 25-7 with a 2.21 earned run average and 208 strikeouts. He is universally revered as the greatest Met of them all. Earlier this year, the Mets announced the Citi Field address would officially be renamed for him.

- Men in Black 3. Will Smith travels back in time to 1969 and meets Josh Brolin, the younger version of Tommy Lee Jones, and they chase down some more rogue extraterrestrials. One scene occurs at Shea Stadium with an alien who sees the Mets win the Series in the future. We see the last out in Game 5, the final game, but the actor playing Cleon Jones, who catches the fly ball, doesn’t get down on one knee like the real Jones did.


- Used People. Based on a play, this also is set in 1969, in Queens, and references the Mets, though it’s primarily a romantic comedy with Shirley MacLaine. 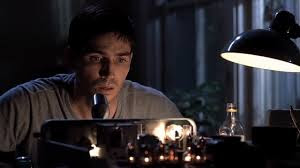 - Frequency. Maybe the best movie in which the ‘69 team plays a role, this Twilight Zone-like tearjerker involves a father and son who somehow communicate over the space of thirty years via a ham radio. Their shared knowledge of the ‘69 Mets factors into the story and helps them in catching a murderer. From what I remember of the film, the time travel elements stretch the accepted “rules” of effect and cause, but the whole thing’s a fantasy, so who cares? I thought it was okay.

Plus, The Odd Couple deserves an honorable mention here because it was released in 1968 and partially filmed at Shea Stadium. There’s a memorable scene in which the Mets make a rare triple play and Walter Matthau misses it!

The ‘69 Mets were a once-in-a-generation team that captured the country’s imagination. Baseball may never see its like again.

A comprehensive list of films that reference the Mets
The Mets and Hollywood
Posted by Rich at 7:30 AM