A few words on anime 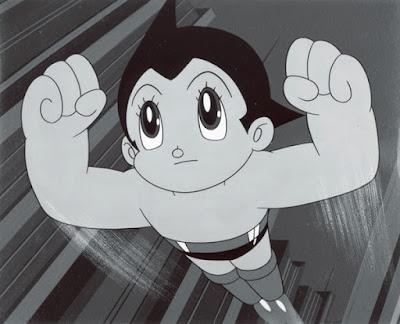 This is not meant to be a definitive post on Japanese animation. There are other places you can go for a more comprehensive study on the subject. This will be much more subjective and personal and chances are I’ll have missed your favorite show and/or movie, so please, no whatabouts. I just feel I should bring it up because no discussion of Saturday morning cartoons is complete without it.

I was a tad too young for Astro Boy, Gigantor, Kimba the White Lion and Speed Racer, but they were among the first wave of animated programs to hit the States through syndication. The animation is on a par with American cartoons of the 60s: limited, stiff, broad.

Some of these characters, such as Astro Boy and Kimba, were the creations of the man considered the Japanese Disney, Osamu Tezuka. A cartoonist as well as an animator, he was first published at 17, and his graphic novel series—“manga” in Japanese—remain in print to this day. In 1961 he founded his own animation production company and his TV adaptation of Astro Boy was the first to be dubbed into English for an American audience. 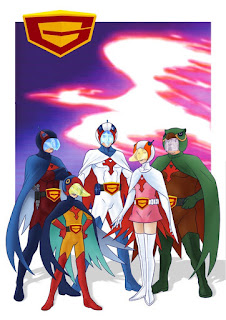 In the 70s came my first exposure to anime in Battle of the Planets. My previous post on this show didn’t have much in the way of detail, so I’ll expand on it here.

I cannot begin to emphasize what Planets meant to me as a kid. This was the first cartoon I had a passion for. It tended to air early in the morning, (six, maybe? Don’t recall) but I would get up early and watch it before school. My notebooks were full of drawings of the featured spacecraft, the Phoenix. I think I even made a paper version of the wrist device the heroes, G-Force, used to change from their civilian wear into their costumes. I could not get enough of this show.

In Japan it was known as Science Ninja Team Gatchaman, brought to America by Sandy Frank Entertainment. It’s about a team of teenaged superheroes cybernetically altered, Six Million Dollar Man-style, with enhanced speed, strength and endurance and equipped with cool weapons, vehicles and bird costumes that enabled them to fly, or at least glide, to fight the extraterrestrial menace of Spectre. The Russo Brothers want to make a movie out of it.

The version we got was the sanitized one; the original was way more violent. Here’s an example of what I mean. Though Gatchaman, the original version, is available now, I can’t help being nostalgic for Planets, since that’s what I grew up with. 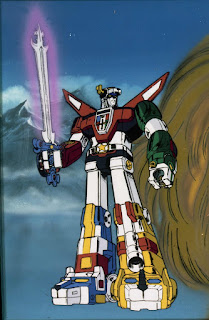 In the 80s, there was Robotech and Voltron. The former was a galaxy-spanning epic with transforming robot spaceships and hotshot pilots; the latter was basically Planets with transforming robot lions. They captured my imagination almost as much; I remember rushing home from school to watch Voltron, for instance. Robotech was so wide-reaching I wasn’t able to keep up after awhile, but I watched it too, for as long as I could.

In addition, American cartoons started to look more like these Japanese imports. Transformers, of course, was based on the Hasbro toys designed in Japan. The prominent studio Toei Animation was behind the animation for the show and others from the era like GI Joe, Dungeons and Dragons, Muppet Babies, Spider-Man and his Amazing Friends, and others.

Lots of my favorite 80s American cartoons were animated overseas by studios like TMS Entertainment: Inspector Gadget, Thundercats, The Real Ghostbusters, X-Men, Mighty Orbots, Gargoyles, and more. All I knew at the time was Saturday morning animation was getting better, and it was a heavy influence in which shows I watched. 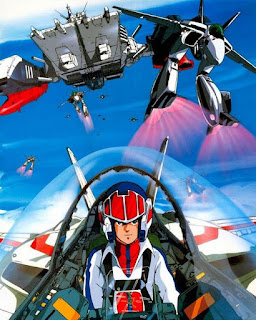 By the time I entered high school, I became more aware of anime, though I didn’t learn that word until I joined a geek afterschool club. That was where I discovered on video the modern classic film Akira, which I’ve talked about here before.

Based on the manga by Katsuhiro Otomo, who also co-wrote the screenplay and directed, it cost ¥700 million (only $5.5 million), the most expensive anime film at the time, and was animated by TMS. How big was its influence? Go to any comics convention—well, not now, obviously—and yell “TETSUUUOOOOOO!!” at the top of your lungs and see what kind of reaction you get.

Akira was a major step forward in animation for adults, but in addition, I had discovered even more extreme examples of adult cartoons from Japan. Around the same time, I had the misfortune to be introduced to a pornographic subdivision of manga and anime with the movie Urotsukidoji: Legend of the Overfiend. 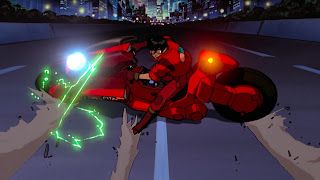 Oh dear. How to describe this movie, which I’ve been trying to erase from my brain for the past thirty years—and without attracting a certain element to this blog through keywords (though it may already be too late for that)?

Well, if I were to say it involves a monstrously well-endowed creature who serially violates the young nubile females within the movie with impunity, would that be too much information? Yeah, anime knows no limits when it comes to taste.

But that’s also its strength. Here in North America, we still tend to think of animated films as being primarily for kids—even Pixar, great as their movies are, is completely kid-friendly in their approach—but in Japan (and Europe too), there’s more than enough room for My Little Pony and Yu-Gi-Oh and Barefoot Gen and Slam Dunk and Howl’s Moving Castle and everything in between. I believe that’s why anime and manga continue to flourish here in the west, over fifty years after Astro Boy and his generation opened the doors.