The 2020 Summer Reading Classic Film Book Challenge is an event in which the goal is to read and write about a variety of books related to classic film, hosted by Out of the Past. For a complete list of the rules, visit the website.

I wasn’t planning to include this book this year because of its length (over 700 pages), but I needed to look up some information and once I started re-reading, I couldn’t stop, and since I have all this free time... you get the point. 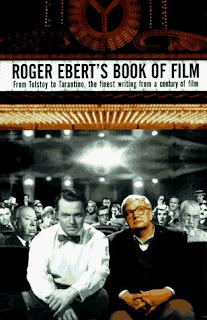 In 1997, Roger Ebert put out this compilation of film writing, from the birth of the medium in the 19th century to modern times. He divides the book into sections: moviegoing, movie stars, the business, “sex and scandal,” “early days,” genres, directors, writers, critics, “technique,” and “Hollywood.” Each section contains a number of passages, either essays or excerpts from longer works, fiction and non-fiction, on some aspect of the movies.

I bought this book around the time it first came out, back during my video store days, because it seemed like the kind of book that would help me better understand the movies. I was fortunate to have worked in a video store with an extremely diverse selection, Hollywood classics as well as independents and foreign films, and at the time my knowledge was very limited. 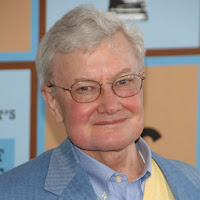 This book helped make me aware of who were the important people in film and why. Plus, the novelty of the book itself interested me: movie essays from all over the 20th century (and a bit of the 19th) was quite a lure.

In the introduction, Ebert talks about the hold movies have on our imaginations:


...In my childhood and adolescence I’d liked the movies, to be sure, but they were like other forms of entertainment, like books or the radio, and I didn’t view them as an art form—maybe because I wasn’t seeing very good ones. In 1958, in high school, I saw Citizen Kane for the first time and understood two things: that a movie could suggest the truth about a human life and that movies were the expression of the vision of those who made them.... For me, no other art form touches life the way the movies do.

You can’t go wrong with this book. There’s something for everyone in it.
Posted by Rich at 7:00 AM