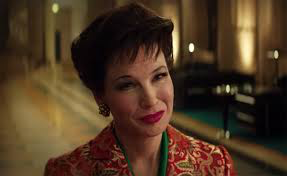 As mentioned, I ran my second 5K on the 22nd. This one was tougher than the previous one because it had more hills—not big ones, but the kind you might find along the trail of a dense and wild park, which is where the race was.

Only two days before, I tripped and fell while out jogging. The worst I got was some scratches and scrapes, especially on my wrist, but my left foot was sore and I feared whether or not I’d be able to run. Fortunately I had some thick sneakers that protected my feet well, and by the time race day came along the soreness had reduced. Then, the night before the race, I had to call the cops on some loud neighbors on the street level, partying very late. I never thought I’d be grateful for the end of summer if it meant the end of Saturday night parties. Am I getting old?

Virginia arrived late to the race; almost thought I’d missed her, but she made it, and we spent the rest of the day together. I wasn’t in as much pain as I thought I might be after the fall, but we ended up doing a lot of walking and as I write this (the 23rd), my feet and legs are sore again, but I’ll live. She’s convinced me to try one more 5K this year, so I’ll decide on one soon.

The doors to the Kew Gardens Cinemas have been repaired and the place looks like a car never crashed through into the lobby and I am relieved. Maybe I was too worried, but I’ve seen enough footage of other drivers doing the exact same thing to other buildings (here’s just one example), causing more damage and actually hurting people, to not assume the worst. And I want the Kew to survive. I’m glad it will.

So after all the things I said about it last month, I ended up missing Super Size Me 2. I only have so much money and I can’t see everything. Oh well. I still stand by my defense of director Morgan Spurlock, though, and I hope he’s sincere in his desire to change. Maybe the movie will come to cable.


The Murder She Wrote Cookalong is this week and my post will go up tomorrow, so I hope you’ll come back for that. I also hope to squeeze in some Old Hollywood films again. I haven’t done many posts along those lines this year, and I actually have a few in mind. Look for that too.

A fifty-year-old political thriller reminds Le a little too much of her homeland today.

Rebecca looks at the other times Judy Garland has been portrayed in film.

Netflix will (finally) air more programs on a weekly basis instead of all at once.

It’s hard out here in China for a filmmaker.

Woody Allen versus the “Me Too” movement.

How Ang Lee and Weta made a CGI Will Smith for Gemini Man.

This Toronto coffee shop uses TIFF as an excuse to attract actors.

And then there was that time David Lynch made an anti-littering PSA for New York.

Leftover late-50s footage of New York street scenes have been edited into a film that will play at the New York Film Festival.

Come back tomorrow for the Murder She Wrote Cookalong!