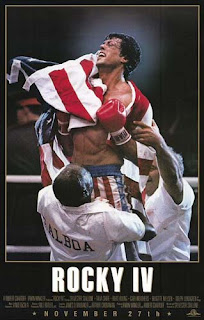 
As time passes on, as it inevitably must, my memories of the Cold War become more jumbled. I experienced it as a child, therefore I was unable to fully understand the implications of all the saber-rattling between the United States and the Soviet Union. I knew that both countries had nuclear weapons, and I was led to believe, like many of us, that they could be used at any time, for almost any reason. I did not understand why, but who does at the age of ten, eleven, twelve?Pop culture of the period was filled with Cold War references, naturally. All of us kids watched The Day After on TV and did nothing but talk about it in school the next day (more at the teachers' insistence than anything else). I knew the song "99 Red Balloons" was supposed to be about nuclear war, though I was fuzzy as to how the metaphors applied. I remember my sixth grade history teacher - a remarkably smart and funny man, who made me want to learn - played the song "Russians" by Sting to help us better understand the politics behind the Cold War. (He was very good about using music that way - he also played "For What It's Worth" to explain the 60s to us.) 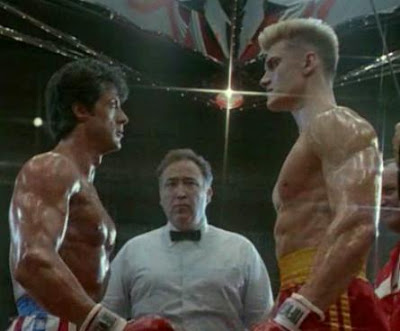 Mostly, though, I didn't think about it much. Politics was for grown-ups, and I suppose I, like most of my friends, figured they'd work it out on their own somehow. If there was any lingering fear that perhaps they wouldn't, and war would be declared, it never lasted for long. We didn't live in constant fear as kids. We were too busy having fun. These days, I imagine it might be somewhat different for the generation growing up in the shadow of September 11, as part of the information age of the Internet, but it was easier for us to live our lives as if politics didn't matter. 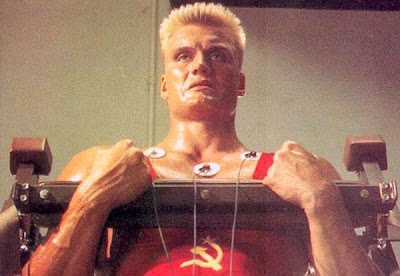 When my father took me to see Rocky IV, I knew there would be a Cold War theme running through it, and I think I must've looked forward to it. Watching the great conflict played out on such a ludicrously simplistic canvas as this made it easier to buy into the propaganda, though I wouldn't have thought in such terms back then. It was a packed house, and after it was over, practically everyone was on their feet cheering, including yours truly. God knows what my father must have been thinking during the movie - seeing once again the old cliche of the black guy (Apollo) dying so that the white guy can avenge him and get the glory, hearing so much rhetoric about the Land of the Free as if that were true for all Americans, and being surrounded by so many people, including his own son, willing to buy into it. Maybe he just wanted to see the James Brown cameo. 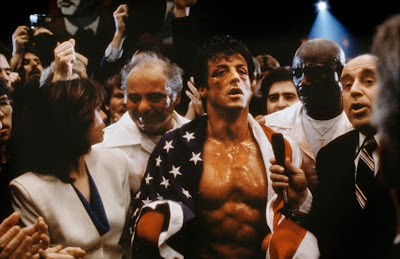 The RKO Keith's is no more, sadly. It was located on the intersection of Northern Boulevard and Main Street in Flushing, a neighborhood I frequented constantly as a kid. My best friend Jerry and I would go to the Modell's a few blocks south of the RKO and head downstairs to where they kept a giant bin of baseball gloves, and we'd sift through it trying to find gloves with the signatures of players we liked. For me, being left-handed, it was much harder, because it seemed like there were at least 50 right-handed gloves for every left-handed one. Sometimes we'd go into the old Woolworth's across the street. Inevitably we'd have a pizza at a shop on Roosevelt Avenue near the entrance to the 7 train.

So many places I remember are gone now: the art store across the street from the RKO that I bought my first portfolio case in; the arcade, the music clothing store that I was afraid to go into because they sold heavy metal T-shirts and I was brainwashed into thinking heavy metal was "devil's music" (though gladly, that changed when I got into high school); the mall with a comics shop downstairs; the B. Dalton's bookstore; the Wiz music and electronics store; the Baskin Robbins, the other RKO theater near the Long Island Railroad station - it's all gone. I'm surprised the Modell's is still there. Whenever I pass through downtown Flushing now, I don't recognize any of it. But time passes on... as it inevitably must.