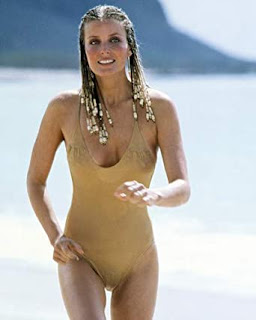 It doesn’t seem possible that I’ve made this blog last ten years. When I began, I had unexpectedly returned from living in the Midwest. It was supposed to have been a permanent move, but it didn’t work out that way, and I needed something to get over my sense of failure and disappointment. This blog was the answer.

I had dreams of popularity and success, and while I didn’t become the next Harry Knowles, that was okay. I made some good friends and I rekindled my interest in writing, and that proved more than enough. And I saw some pretty good movies along the way too.

I like to think my blogging style has evolved over the years to the point where I know what I’m doing. I tried everything in the beginning; I was pretty desperate to please and I believed I had to put out content almost every day. I know my limitations better now.

I’m also less concerned with comparing myself to my peers. They blog for different reasons than me and they have different methods and goals. That’s fine. There was a period where I felt more competitive, like I had to be on a similar plane to them in order to be taken seriously. That might’ve been part of the reason I became a classic film blogger for a year. I’ve been forced to become one again this year but much more on my own terms this time. I like that.

WSW has made my world a little better in the past ten years. But my world today is extremely different than it was in 2010. 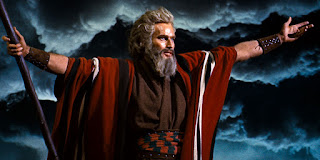 I miss seeing movies in theaters. I do. Going to the movies and writing about the experience was an integral part of WSW. It encompassed more than a simple yay or nay for a new release. It was, or so I believed, what made me distinctive.

But now we can’t go to the movies, at least here in America, and it’s not clear when it’ll be completely safe to do so. There are lots of places to lay the blame; I’m not interested in doing that today... and there are many more important things in our currently broken world that need to take priority before the restoration of movie theaters. I get that—but this blog is about movies, so it’s movies we’re discussing.

Maybe it was wrong to pin our hopes on any one movie to reignite the theatergoing experience, even one as massively hyped as Christopher Nolan’s Tenet. Is it any good? I sure don’t know. If this had been a normal year, I wouldn’t have questioned it—but we needed a savior, and he was poised to be the one. If The Virus had struck a year earlier, we might have gone through this with Quentin Tarantino and Once Upon a Time in Hollywood. If it had happened a year later, James Cameron and Avatar 2 might have been the film to save cinema... but we would’ve looked to somebody regardless.

Now, the field has been cleared for Tenet. Mulan, the last of the unreleased spring/summer blockbusters, will go the way of online streaming. Tenet will play internationally beginning August 26 before it plays domestically beginning September 3. Some say American theaters will be ready. Others insist an online premiere of some sort would be the smarter choice.

Regardless, the theaters are hurting and they need new content of some sort to stay afloat until a vaccine is ready. I’m sympathetic. A campaign to save theaters is out there, for what it’s worth, but to be frank, I wouldn’t trust this administration to tie its own shoelaces at this point, much less to bail out the theaters. Are they really a lost cause? 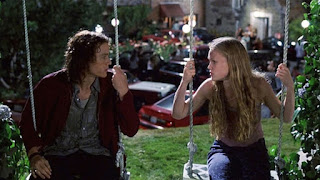 I’m not ready to believe that, but at some point I may have to let go of my attachment to theaters. Watching movies on Netflix and YouTube and other apps have gotten me this far in the blog, and I’m grateful. Unlike many other fans crying for new releases, I’ve spent the past few months discovering older movies and genuinely enjoying it—and unlike the last time WSW became an oldies blog, my range has extended far beyond the same old Golden Age theatrical releases.

But I don’t know if I want to continue in this vein. I really feel WSW is incomplete without the theatrical aspect to comment on. It has been a fundamental aspect of this blog’s identity, and while yes, identities can change, I’m unsure if that’s what I want. But hey, at least I’d be in a better position to do so now than ten years ago. Ask me again at the end of the year.

Regardless, thanks again for sticking with me this long. This year I wanna thank a few specific people: Virginia, of course, for being my sounding board for movies and writing, and just about everything else; Vija and everyone else in what’s left of our movie club, Bibi, who’s getting into old movies now; Karen at The Dark Pages for giving me yet another outlet for my writing (I’ve signed up for this year’s giant issue, by the way); my blogger pals over the years, in particular Aurora, Le, Ruth, Jacqueline, Michelle, Becky, Ivan, Raquel and Page...

...and last but not least... to Paddy, my number one fan (and not in a Kathy Bates in Misery way), with whom I’ve never seen a movie but will one day... maybe a Buster Keaton double feature if we’re really lucky... with love and admiration.