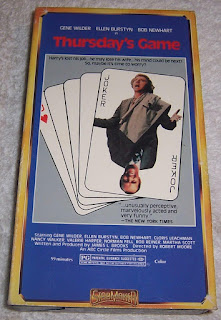 With 21 Emmys and three Oscars, including Best Picture and Best Director, James L. Brooks is an undisputed legend of the big and small screens. Let’s count the hits he was involved in creating, shall we: The Mary Tyler Moore Show. Rhoda. Lou Grant. The Tracey Ullmann Show. And of course, The Simpsons—and that’s just TV.

Switch to the movies and you can add Terms of Endearment, Broadcast News and As Good As It Gets, all Best Picture nominees he directed and wrote. As a producer, you can even add Jerry Maguire, Say Anything and Big.

Before all of that, though, he was just a TV writer from Brooklyn working his way through the 60s. He had been a copywriter for CBS News, writing for broadcasts and documentaries as well as some work as an associate producer before switching to sitcoms, like That Girl, The Andy Griffith Show and My Three Sons. He created the show Room 222, the second one with a black lead character.

In 1970, he and Allan Burns created MTM. 29 Primetime Emmys later, it made him a major player in television. Here’s a nice appreciation of the show from TV Guide in the context of the pandemic. 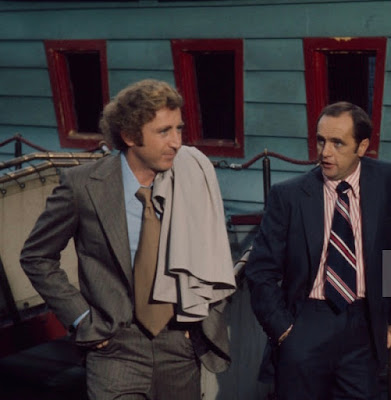 In 1971, Brooks tried his luck with a feature film. Thursday’s Game was an ABC movie that didn’t air until April 1974. Gene Wilder and Bob Newhart are two guys who enjoy a poker game with friends every Thursday night. When the game breaks up because of a fight and they need something new to do, Wilder and Newhart are forced to confront their inadequacies in life, especially when Wilder loses his job producing a crappy game show.

This all-star cast looks like a powerhouse now, but in 1971 many of them were not yet household names: Ellen Burstyn (two years before The Exorcist), MTM cast members Valerie Harper and Cloris Leachman, Rob Reiner (the same year All in the Family debuted), Norman Fell (five years before Three’s Company) Chris Sarandon (four years before Dog Day Afternoon) and Nancy Walker (same year as McMillan and Wife and three years before Rhoda, not to mention those Bounty commercials). By the time Game aired in 1974, some of these people were better known, including Brooks.

Game feels like the sort of thing the future creator of Terms of Endearment would write. It has its funny moments—Walker plays an unemployment agency counselor, and her scenes with Wilder are cute—mixed with a little drama: Wilder and Burstyn’s marriage is in jeopardy due in large part to his inability to admit he lost his job; he pretends his Thursday night poker game is still going on, but he actually stays out all night with Newhart, which naturally stresses her out. Game is less funny-ha-ha and more funny-ain’t-life-peculiar. 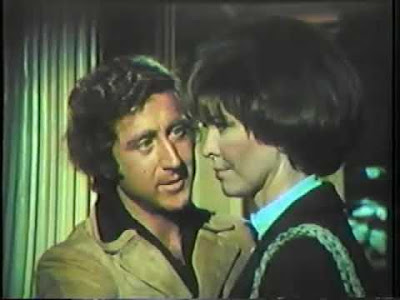 Steve at Movie Movie Blog Blog wrote about Game last year. I agree with him in that the poker scene in the beginning was a highlight and that nothing afterwards is quite as funny as that. The manic explosions Wilder was so great at are reined in and I admit, I kinda longed for more of them, but this isn’t that kind of movie. Indeed, at times Wilder looked like he was exploring his sexy side(?): he has a couple of shirtless scenes with Burstyn and Harper tries to seduce him in another scene. Young Frankenstein this is not.

I’d say Game is worth checking out overall, especially if you’re nostalgic for 70s television.
Posted by Rich at 7:00 AM