The Rutles: All You Need is Cash 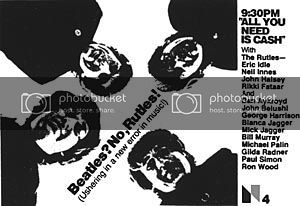 The Rutles: All You Need is Cash

Ten years of this blog and I have yet to talk about Monty Python. For now, I’ll say what practically everyone else says about the British comedy troupe: they’re hilarious, I thoroughly enjoy their material, both on TV and in the movies (I own Holy Grail on DVD), and I could watch them all day. But this is not about Python as a group, just one of them: Eric Idle.

In the sixties, Idle appeared on the ITV children’s show Do Not Adjust Your Set with Terry Gilliam, Michael Palin and Terry Jones and met John Cleese and Graham Chapman as a guest on At Last the 1948 Show.

Idle and the others from Adjust were offered an adult, late-night show at around the same time Cleese and Chapman were offered a series by the BBC. In 1969, after a taping of Adjust, Cleese arranged a dinner meeting between the six of them to discuss a collaboration, and a legend was born.

Monty Python’s Flying Circus aired on the BBC from 1969-1974, and afterwards, Idle and the others pursued solo projects. In 1975 Idle created the sketch show Rutland Weekend Television, with music by Neil Innes. It was during this period that the two came up with characters that spawned a life of their own. 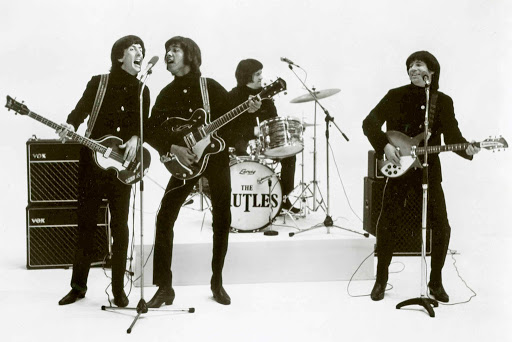 Innes died late last year. This article covers his career in depth, including his association with Python and the Beatles, and his great love for the Beatles’ music.

Innes wrote a Beatlesque song for RWT called “I Must Be in Love,” which led to him and Idle wanting to spoof the Beatles. Thus, the Rutles were born, the name derivative of the name of the real English county of Rutland, where the show took place. Innes and Idle played the John and Paul characters, and Ricky Fataar and John Halsey played the George and Ringo characters. 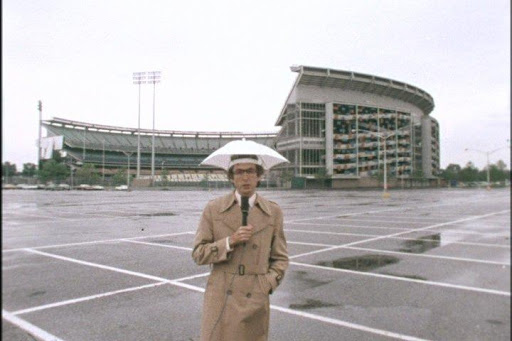 In 1976, Idle hosted Saturday Night Live and brought some Rutles video clips with him. Lorne Michaels liked the skit so much he thought it would be great if it were extended into something longer, for American television.

Idle and Innes co-wrote, and Idle co-directed (with Gary Weis) the spoof All You Need is Cash. Michaels co-produced and several SNL regulars appeared in the film, along with Mick and Bianca Jagger, Paul Simon, Michael Palin and even George Harrison. It aired in March 22, 1978 on NBC and March 27 on the BBC. 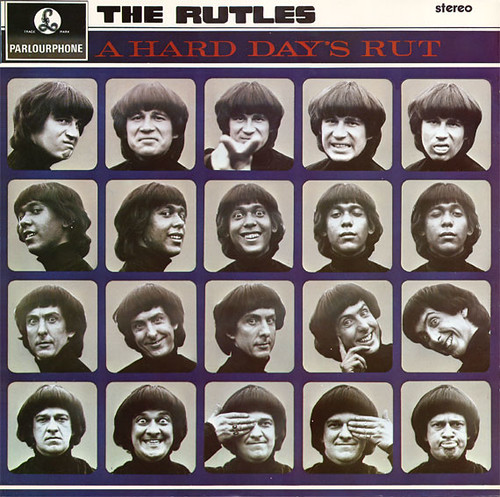 Unlike the Monkees, who were created to be an American counterpart to the Beatles, the Rutles existed in a world where they essentially were the Beatles. The mockumentary shows them dressed like the Beatles, on parodies of familiar Beatle album covers and movies, and living out careers very similar to the Fab Four. Idle plays the smarmy narrator as well as other spot roles throughout the film.

In terms of verisimilitude, the costumes, sets, props and even the camerawork all are extremely evocative of the sixties and the culture the Beatles inspired—and the inclusion of “interviews” with Mick Jagger and Paul Simon adds an extra layer of authenticity. The humor, of course, has that touch of absurdity and non-sequitur that Python did better than anyone, before or since. 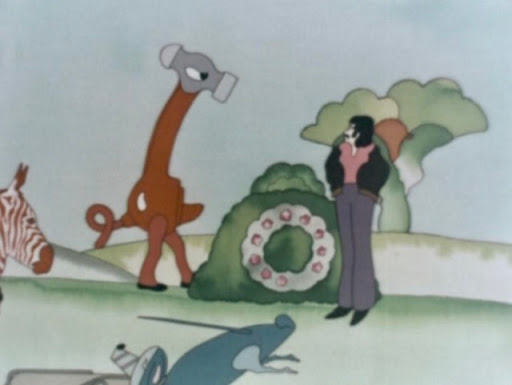 I have no doubt Rob Reiner and Christopher Guest were inspired by this to create This is Spinal Tap. Personally, I think Tap is funnier, but the Rutles are good too. The songs are legitimately exquisite, not just as Beatle parodies but as songs unto themselves.

In 1996, in the wake of the hype around the Beatles Anthology, the Rutles “reunited” to make more music, on a record called Archaeology. Innes had toured with Halsey as the Rutles beginning in 2001, with an expanded lineup. In 2005 Idle directed a sequel, Can’t Buy Me Lunch.