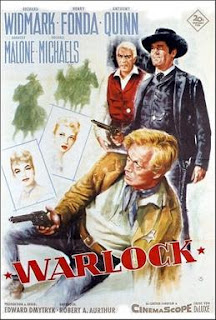 He was never as big a star as the other two guys. The show made him a star within its context; he did little work outside of it—but because the show was and is so beloved, so cherished, the brand of stardom bestowed upon him probably felt almost as big as the other two.

DeForest Kelley would’ve turned 100 this past January. We still remember him because of the passion, courage and humor he brought to one of the greatest shows in television history. His role was the conscience of the show, its emotional heart that served as the counterbalance to its intellectual side, and he did it memorably and well.

Long before he went where no man had gone before, though, he had a successful career in a far different context: the western. 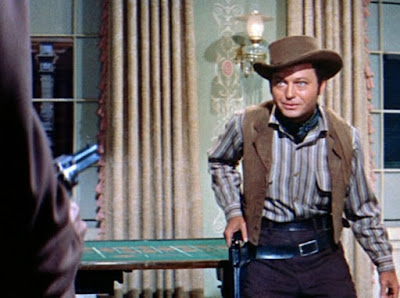 The Georgia native actually aspired to become a doctor in real life when he was younger, but couldn’t afford to go to medical school. He did some singing on local radio, which led to acting, a career interrupted by World War 2. Post-war, television provided great opportunities for him, and he added a ton of shows to his resume, plus film. He did more than just westerns, of course, but that was how he gained his rep. Paddy outlined his career in westerns earlier this year. I’ll focus on only one of his roles, in the 1959 film Warlock.

Henry Fonda is the gun-for-hire illicitly brought in by the townsfolk of Warlock, along with sidekick Anthony Quinn, to stand up to the local bad men. Richard Widmark is technically one of the bad men, but he’s not really into the whole robbing and carousing and gunslinging scene, and circumstances lead to him becoming the lawfully-appointed town deputy, which puts him in opposition to Fonda. (Look for future Trek villains Frank Gorshin and Gary Lockwood!)

Kelley plays one of the bad men, and he definitely gets moments, such as this early scene with Fonda. He totally chews the scenery, in a way unfamiliar to fans not used to seeing him in this context, but it’s funny. He doesn’t come across as an all-the-way bad guy, and indeed, there are moments where he plays fair with Fonda and Widmark. Warlock was one of three movies Kelley made with director Edward Dmytryk, including the Civil War flick Raintree County and the courtroom drama Where Love Has Gone.

I liked the movie. Some of the familiar western tropes are there: the stranger who comes to clean up the one-horse-town, the showdown in the middle of the street (several, in fact), bandits holding up the stagecoach. None of it felt cliche, though. Maybe because the story felt complex: Fonda is a bad good-guy and Widmark is a good bad-guy. Nothing is quite as black-and-white as it seems. 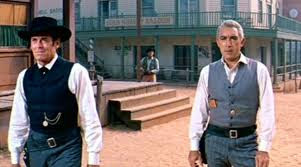 Being a character actor in the Golden Age era meant you were put in a small box and meant to function within that box—but television offered alternatives. In 1960, Kelley appeared in an Alcoa Theatre lawyer episode called “333 Montgomery,” which was positioned as the pilot for a possible series. Kelley was the star. Here’s a clip. The series never happened, but Kelley, at least, stood out in the mind of the pilot’s writer and producer—Gene Roddenberry.

You know the rest.


...Usually typecast as a cattle rancher, renegade, outlaw, horse thief or gambler, [Kelley] was finally seen in an entirely fresh light, that of a crusty but likable police criminologist, an honest-to-goodness good guy. Gene Roddenberry made no bones (pun intended) about wanting Kelley to play the new doctor of the Enterprise. All agreed. De Kelley would bring a much-needed humanity to the role of Doctor McCoy.... No one at the studio or the network had any idea how important Doctor McCoy would become in the Star Trek saga to follow.